In his first trip to the region as the Department of State’s highest-ranking energy diplomat, Assistant Secretary of State for the Bureau of Energy Resources (ENR) Francis R. Fannon visited Sub-Saharan Africa, including South Africa, Namibia, and Botswana from November 2 to 9, 2019. 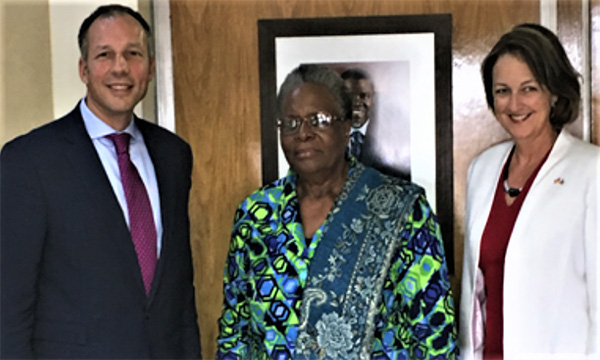 While in Namibia, Fannon engaged with the government to strengthen government-to-government relationships on mines and energy and also met with business leaders.

The visit included meetings with the Deputy Prime Minister and Minister of International Relations and Cooperation, Netumbo Nandi-Ndaitwah, and with representatives from the Chamber of Mines, Nampower, the Namibian Petroleum Corporation of Namibia (Namcor), and mining companies.

The trip was a renewal of sustained US partnerships with key African nations on energy security and a ground-breaking trip to advance new and potential partnerships forged at the United Nations General Assembly (UNGA) this past September in New York, where Fannon launched the Energy Resources Governance Initiative (ERGI) alongside Secretary Michael R. Pompeo.

ERGI is an international initiative led by the US to develop best practises for responsible mineral development underpinning clean energy technology.