Operators of gas engines, whether being used in natural gas applications or to generate power from landfill sites, have access to a world class component remanufacturing facility right here in South Africa. Metric Automotive Engineering has the requisite skills and cutting edge equipment needed to optimise the lifespan and reliability of these gas engines. 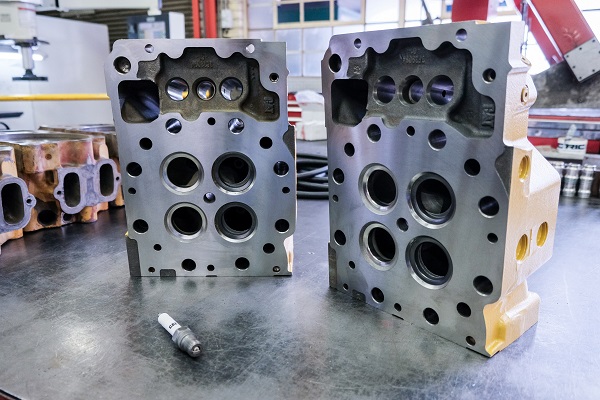 Andrew Yorke, operations director at Metric Automotive Engineering, says this is because it is difficult to control the level of contaminants in gas that emanate from landfill sites.

Yorke says that the relatively poor quality of gas requires advanced ignition monitoring systems in the engine. In addition, the wear rates remain high due to the highly abrasive post-combustion residue, despite filtering of the gas.

“This means that gas engines operating in these applications require more frequent maintenance and the service intervals will also be reduced,” he says. “As a comparison, with natural gas cylinder heads will need to be replaced every 20,000 to 30,000 hours, while with engines burning landfill gas attention will be required as early as every 5,000 hours.”

He notes that there is no real cause for concern as South Africa has a world class engine component remanufacturing capability in Metric Automotive Engineering. Ready access locally to the requisite skills and cutting edge equipment needed to optimise the lifespan and reliability of these gas engines is a major advantage to these industries, he says.

The company has been in operation for more than 50 years, with its decades of experience underpinning the remanufacturing of both diesel and gas engine components to meet the exacting original equipment manufacturer (OEM) standards.

Yorke says that Metric Automotive Engineering has already been conducting work for customers in the both the natural gas and landfill gas segments, where the generating capacity of the engines is usually between 1 MW and 10 MW.

The company also provides customers with service exchange units. This not only enhances efficiencies in the maintenance process and reduces downtime, it also allows customers to have remanufactured components such as cylinder head assemblies readily available when worn components need replacement.