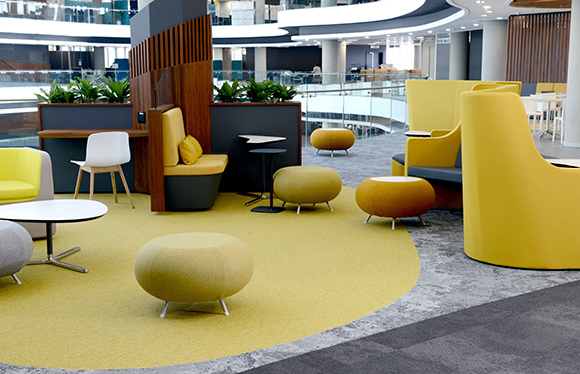 KBAC Flooring, now completing 50 years of operations, is the sole SA distributor of Interface, which has its head office in Atlanta, Georgia, and a major factory in the Netherlands from where KBAC sources its supplies.

Interface has over the past 25 years introduced significant improvements across all key sustainability metrics internally and throughout its supply chain and in January 2019 achieved an important milestone: every flooring product that Interface sells — carpet tile, LVT and rubber sheets and tiles — is now carbon neutral across its full lifecycle.

The company has now set its sights even higher with the “Climate Take Back” initiative launched in 2016 to reverse global warming and is developing processes and products that will enable it to become a totally carbon negative company by 2040.

Interface founder, Ray Anderson, launched the Interface “Mission Zero” programme in 1994 to reduce the company’s impact on the environment. Since then, Interface has focused on reducing its impact in three key areas of the business - factories, products and suppliers - and has made substantial progress in reducing its carbon footprint in nearly every capacity, including the following successes: