As the country bears the weight of continued load shedding, the South African Wind Energy Association (SAWEA), has reaffirmed the sector’s role in delivering energy security.  This is despite the recent announcement of delays of two renewable energy procurement rounds meant to unlock and deliver new generation capacity. 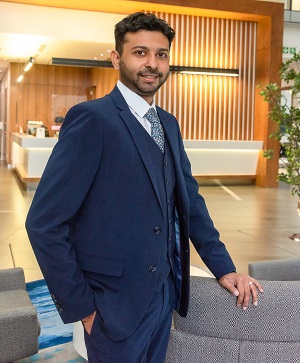 Responding to a recent statement issued by the head of South Africa’s Independent Power Producer Office (IPPO),  Bernard Magoro, the Association says it is encouraged by the leadership demonstrated and the sentiments of stakeholder alignment. SAWEA has been lobbying for increased stakeholder engagement and alignment, as it is the key to establishing the foundation for accelerated procurement and unblocking hurdles.

“We continue to build relationships with the key stakeholders including the IPPO, Eskom, Department of Trade Industry and Competition (DTIC) and Department of Mineral Resources and Energy (DMRE) and are assured that the stakeholders are having the right conversations to support the procurement process with the aim of more megawatts on the grid as quickly as possible,” said Niveshen Govender, CEO of SAWEA.

The South African wind power sector is robust and has the appetite, ability and capacity to deliver (at least) 1.6GW of new power generation per year, for the next decade. This has been demonstrated by exceedingly high levels of bid submissions for BW5 and reaffirmed by Magoro this week, who stated his confidence in the market appetite for the Renewable Energy Independent Power Producer Procurement Programme’s BW6.  He noted that more than 50 potential bidders have acquired the bid documentation, and furthermore that the National Treasury has confirmed that the programme will continue to be granted government guarantee.

The Association points out that the sheer scale of these mega-projects, valued each on average over R1.5billion investment, require a slew of work to bring them to commercial closure. Commercial close is when the project agreements are signed, which is basically the achievement of the necessary power purchase agreement to sell electricity with Eskom and the implementation agreement with Government, which determines how Independent Power Producers (IPPs) will implement their projects and what economic development goals will be achieved.

“We are dealing with billion Rand projects that require in excess of sixty applications, licences, permit agreements, regulatory compliance processes, which demonstrates the importance of cross-sector stakeholder relations and supportive policies,” added Govender.

Citing the recent procurement round delay from end-April, the Association has pointed out that the failure to secure final budget quotes from Eskom for grid connection, shouldn’t be singled out as the only reason for postponements.  It is suggested that a six to twelve month timeframe may be more realistic to navigate the cumbersome processes.

“I estimate around 12 months is a more realistic timeframe, which should be incorporated into the procurement process to reduce the public perception of delays, in addition to increased stakeholder engagement to resolve this,” reiterated Govender.

When asked about the comments made by the African Independent Power Producers Association Chairperson, SAWEA, has stated that it prefers to engage key stakeholders directly and work through the challenges in a constructive manner.

“South Africa can address fundamental challenges of energy access, energy security and climate change through the deployment of renewable energy.  For this to happen, it is best that all stakeholders move towards working better together to achieve this,” concluded Govender.