Highly complex contracts with performance milestones are the norm in the construction industry, particularly on big projects – a fertile breeding ground for disputes. The standard contracts developed by the Master Builders Association (MBA) stipulate the use of alternate dispute resolution to resolve such disputes in an effort to save costs and time. But, says Brad Boertje, a construction risk management consultant and adjudicator on the MBA North panel, subcontractors need to understand how the system works to benefit them.

“All too often, we find that subcontractors don’t do their homework up front, and so when a dispute occurs, they can find themselves at a disadvantage. Adjudication isn’t a silver bullet, but it can provide a way of solving disputes quickly and fairly without excessive cost – provided you follow the rules,” he says. “Given the way that margins have been pared down, we are seeing lots of disputes occurring. You need to know how to make this alternative dispute resolution process work for you.” 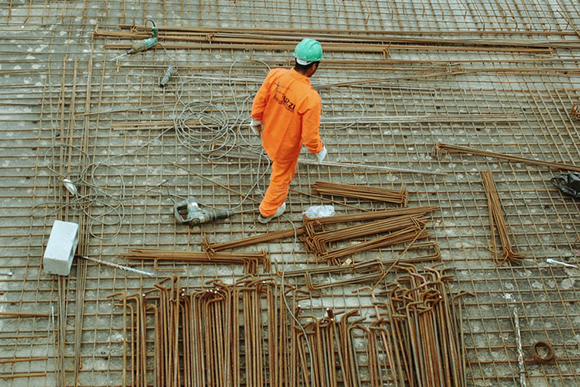 Here are some of the key points subcontractors need to be aware of:

The process. The term alternate dispute resolution covers a range of ways to solve disputes without resorting to the courts. In most South African standard form construction contracts, adjudication is the first dispute resolution process. Whoever wants to declare a dispute must notify the other party of a disagreement. In the MBA Domestic sub-contract agreement, the parties then have 10 days to resolve the issue between themselves. If they fail to do so, then a dispute is declared and they nominate an adjudicator, or the MBA does if they cannot agree on one. The adjudicator then determines the dispute and makes a ruling. He or she might work solely off the relevant papers or, if necessary, will call for a hearing. Usually, each party pays 50% of the adjudicator’s costs.

If one of the parties is dissatisfied with an adjudicator’s ruling, the next step is to call for arbitration, again within 10 days (also as per the MBA domestic subcontract agreement). Often an advocate will act as the arbitrator. The process is generally governed by the Rules for the Conduct of Arbitrations published by the Association of Arbitrators. It takes much longer, and is much, much more expensive.

An adjudicator’s determination is immediately binding and must be implemented even if a dissatisfied party has subsequently referred the matter to arbitration.

A final word of caution: awards made by an adjudicator or arbitrator can generally only be overturned on the grounds of negligence or fraud. “Make sure you choose well,” Boertje says.

Watch what you sign. Often, subcontractors put themselves on the back foot by signing an inappropriate contract. One important thing to watch out for is the deletion of the provision for alternate dispute resolution, which would take this option off the table and leave them with no other option but a lengthy and expensive recourse to the courts.

Especially in times when work is hard to come by, subcontractors can feel they have no option but to sign whatever is put in front of them – only to find that their expected profits are compromised down the line. In particular, Boertje also advises subcontractors to beware of “pay when paid” clauses, which effectively leave the subcontractor at the mercy of the main contractor’s ability to collect payments from the client.

Manage your risk regularly. Avoiding a dispute is always best, so Boertje advises subcontractors to manage their risk, preferably on a monthly basis. This means ensuring that the terms of the contract are being adhered to, and if they are not, registering this fact with the main contractor. For example, if contractual milestones are not being met, the subcontractor needs to defend their position with the main contractor or it could find itself being held liable for late performance when the contract goes over time.

“Managing risk across the life of a contract is complex, and subcontractors would be well advised to engage the services of a construction risk professional. Dispute avoidance is the best way to maximise profits and build long-term relationships with principal contractors,” he says. “But, if all else fails, adjudication offers quick relief – make sure your contract allows for it.”

Based in Halfway House, the Master Builders Association North represents the interests of employers in the building and allied trade industries in the abovementioned four regions. It aims to serve its members by facilitating best practice within its membership and the building industry as a whole.