The President of South Africa, Mr Cyril Ramaphosa convened the Sustainable Infrastructure Development Symposium South Africa (SIDSSA) on Tuesday 23 June, this was a ground breaking and globally unique event organised by the Investment and Infrastructure Office (IIO) within The Presidency. Featuring a distinguished line up, the symposium had the Honourable Minister of Public Works and Infrastructure, Patricia de Lille providing the opening remarks. 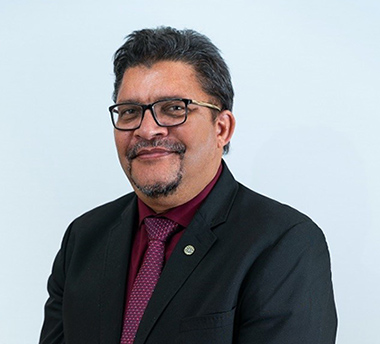 Minister de Lille stated that the severe economic recession together with the Covid-19 pandemic has now placed an added urgency on us to navigate a new normal. “In this new normal, there is an even greater need to partner in the investment and implementation of infrastructure that will facilitate social and economic growth in a workable and purposeful way,” she stated. Minister de Lille also stated that the Investment and Infrastructure Office within the Presidency together with her department embarked on an extensive consultation process and developed a new methodology of planning, project preparation and funding considerations. “This approach, conceived over 12 months ago continued with a consultation process on the 18th of February 2020 where funding agencies, government and industry associations were apprised of this process by President Ramaphosa at a meeting held at Tuynhuys and subsequent discussions between funding agencies and project owners prior to culminating in this symposium,” she said. This has come to be known as the Sustainable Infrastructure Development System (SIDS) Methodology.

The keynote address was delivered by President Ramaphosa who stated that growth is likely to fall by at least 7 percent in 2020, compared to an expectation of modest growth of around 1 percent before the pandemic struck. “This crisis provides even greater impetus for the implementation of the key reforms necessary to transform the economy to support inclusive growth. Infrastructure investment provides both short- and long-term economic benefits,” stated President Ramaphosa.

In his remarks CESA CEO, Chris Campbell stated that whilst we could do a “deep dive” on the technical details as they relate to Water, Sanitation and Human Settlements, we would find ourselves time constrained by the nature of this Roundtable discussion, but we have to recognise that at the heart of the water, sanitation and human settlements challenge is the need to address key systemic issues around sustainability and quality. “In human settlements for example, we often talk about affordability but we don’t think about sustainability which comes back to the quality of the output. This is often not considered strongly enough when we address the low cost housing delivery where the unsuspecting new owner subsequently may find themselves very early in the lifecycle of the ownership of their new dwelling, saddled with a house with significant structural defects which would be costly to remedy. We need to address our procurement systems for infrastructure development, where currently, we put most of the emphasis on discounting the costs of the services of professionals service providers and invariably gravitate towards the least cost, without considering the potential impact on the quality of the infrastructure and the longer term total cost of ownership, the bulk of which is in the cost of operations and maintenance ,” he said.

When considering the capacity constraints in the technical arena, Campbell reiterated that it was recognised some time ago already, that the bulk of the engineering capacity, that used to be within the public sector, now resides in the private sector. Despite previous attempts at offering to partner with the public sector over the past couple of years, we are excited that finally it looks as though this offer is now being taken up. “It makes sense to use the private sector capacity on a good governance model basis, to supplement and complement the limitations in capacity that the public sector is currently experiencing with the deliberate objective of re-establishing what many refer to as “a capable State”, he averred.

Commenting on the onerous tender procedures, Campbell further said, “If we are to get this right then we have to look at the cost of doing business and the tender process as it relates to the commissioning of the services of Built Environment Professionals in the Infrastructure Development process. Currently such companies spend  an inordinate amount of money and time in responding to bid requirements, many of which are administrative and differing from one public sector entity to another, whereas this process could be better conducted in manner that allows for more efficient utilisation of resources and an overall reduction in the cost of doing business.

He further added that we should map out a development and delivery strategy that is both short term in meeting the immediate needs of our economy and the industry, as well as long term in respect of sustainability, so that we get away from the repetitive feast and famine cycle. “Prior to the 2010 Soccer World Cup, we embarked on various simultaneous big build projects and then almost immediately after, in keeping with the National Infrastructure Plan in 2012, the Strategic Infrastructure Projects, which process was unfortunately derailed by  corruption, coupled with poor economic growth and affordability and what followed is an almost total decimation of our local construction sector, with engineering graduates unable to find employment and many more job opportunities that the industry would have been able to provide, being lost.” Campbell stated.

In his closing remarks, he acknowledged that the symposium was the beginning of a plan of action and that it was the opportunity for all of us as citizens to get the country’s growth path back on track, whilst at the same time we work away the trust deficit between the public and private sector. “We need to be like that collective flock of birds that fly together from their perches with a common purpose, not divided, where some fly away and others remain on that perch, hampered by doubt and indecision, remaining there for however long,” he concluded.