Following cabinet’s approval of the long awaited Integrated Resource Plan (IRP2019), Minister of Mineral Resources and Energy, Gwede Mantashe said at a media briefing on 18 October 2019, “The IRP 2019 brings much-needed certainty to this critical area of the economy and hopefully puts to rest the often polemical debate which has consumed many analysts and commentators regarding the country’s future energy mix.”

The IRP2019 – which provides a blueprint for South Africa’s envisaged generation capacity up to 2030 – supports a diversified energy mix including coal, nuclear, renewable energy and gas. (The previous Integrated Resource Plan 2010 – IRP 2010 – was promulgated in March 2011.) 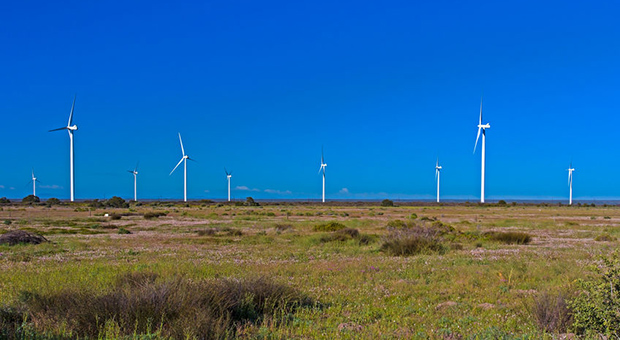 Mantashe acknowledged that energy infrastructure provides a critical underpinning for economic activity and growth across the country. He also noted that the energy sector contributes close to 80% of the country’s total greenhouse gas emissions, of which 50% is from electricity generation and liquid fuel production.

In terms of the IRP 2019, Mantashe said coal will continue to play a significant role in electricity generation as the country has the resource in abundance. “New investments,” the minister said, “will be directed towards more efficient coal technologies (high efficiency, low emissions), underground coal gasification and the development of carbon capture and storage to enable us to continue using our coal resources in an environmentally responsible way.”

He also said government will work with Eskom to ensure the power utility complies with the minimum emissions standard over time and he emphasised the need for a just transition to low carbon technologies.

Mantashe noted that while coal’s installed capacity will be lower than the current installed base (with provision for decommissioning of older coal-fired power plants), it will remain the dominant energy supply source contributing 59% of the energy volumes required to meet demand. Nuclear will contribute about 5%, hydro 8%, solar photovoltaic 6%, wind 18%, gas and storage 2%.

Mantashe said nuclear power is seen globally as a clean source of energy that can reduce emissions. He highlighted a move towards development of small, modular reactors that are considered more manageable investments than a large fleet. However, the IRP 2019 also provides for a 20-year extension of the design life of Koeberg in the Western Cape, the country’s sole nuclear plant. New nuclear power will be commissioned at a pace, scale and cost that the country can afford and taking into account capacity that will be decommissioned.

Turning to renewables, Mantashe said renewable energy combined with energy storage presents an opportunity to produce distributed power closer to where demand is and to provide off-grid electricity to remote areas in South Africa.

He also pointed out that in addition to the sun and wind, the country has some of the world’s largest high-grade resources in at least six key commodities that play a critical role in the global energy storage sector. Vanadium, platinum, palladium, nickel, manganese, rare earths, copper and cobalt have the potential to create new industries and localisation across the value chain.

“The IRP 2019 makes provision for the continuing rollout of renewable energy and storage. Eskom is already working on a utility scale battery storage, which will allow us to assess the benefits to our power system as we diversify the energy mix,” he said.

Gas to power technologies will provide the flexibility required to complement intermittent renewable energy and meet demand during peaking hours. “While in the short term the opportunity is to pursue gas import options, local and regional gas resources will allow for scaling up within manageable risk levels. Indigenous gas like coal-bed methane and, in due course, local recoverable shale and coastal gas are options we are considering,” Mantashe said. The IRP 2019 incorporates gas from the year 2024.

The Grand Inga Project in the Democratic Republic of Congo (DRC) has been in discussion for years. Nonetheless, in support of regional integration, South Africa has entered into a treaty for the development of this hydro scheme, and the purchase of 2 500 MW of hydro-electric power, with some of the power intended for transmission to South Africa across the DRC, Zambia, Zimbabwe and Botswana. The project has the potential to provide clean energy and advance energy trade among Southern African Development Community (SADC) countries.

The Minister highlighted changing electricity supply and consumption patterns – influenced by technological advances, shifts in costs and tariffs, and the power supply difficulties that Eskom is experiencing – all of which affect infrastructure planning. To the extent possible, the IRP 2019 takes these and other factors into account. Key changes to the assumptions include, among others, a revision of the energy availability factor (EAF) projections as submitted by Eskom.