SAB and AB InBev Africa are aiming to use 100% renewable energy at all their breweries in South Africa and across the continent by 2025. 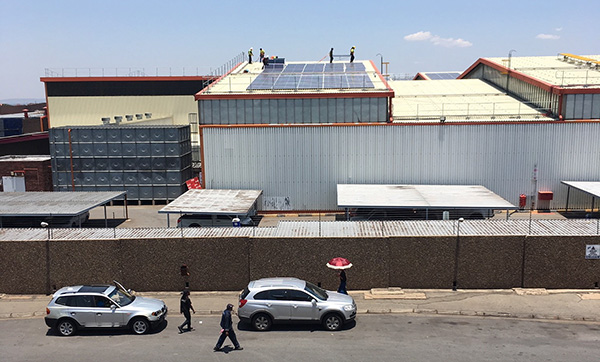 Installation of solar PV panels in progress at the SAB Chamdor Brewery, west of Johannesburg.

The launch of the renewable energy programme at the Chamdor Brewery on 16th January marked the start of this multi-billion rand investment. All SAB and AB InBev Africa’s breweries in SA – seven sites nationally – will have onsite solar power facilities installed by the end of January. These will partially power each brewery and represent 7% of the business’s electricity requirement. In terms of carbon emissions reductions, the installation is equivalent to taking about 2 000 vehicles off South Africa’s roads. It will also allow for all electricity used in the production of the company’s global brand – Budweiser – which is championing the renewable energy drive and is produced at the Rosslyn Brewery north of Pretoria, to be sourced from renewable energy.

AB InBev’s global commitment is to achieve 50% of the company’s purchased electricity from renewable energy sources by 2020 and 100% by 2025.

Speaking at the launch, Taryn Rosekilly, VP Sustainability & Procurement at SAB and AB InBev Africa, said, “We’ve achieved our 50% target in key markets around the globe ahead of schedule and we are well on track to achieve our 100% ambition, with good progress being made in Africa.”

SAB and AB InBev Africa have partnered with the SOLA Group which is currently handling installations of the solar photovoltaic energy supply systems at all the breweries around the country This will see some 8.7 MWp installed initially. The SOLA Group brings together solar project development and financing expertise, as well as turnkey EPC (engineering, procurement & construction) and operations and maintenance solutions. It works with utilities and industrial and commercial clients across Africa.

Jonathan Skeen, General Manager, Gauteng, for the SOLA Group, said all the SAB and AB InBev Africa sites have the space and scope to establish a higher level of solar PV renewable energy but this is constrained by current regulations which limit renewable energy supplies to 1MW per site. Skeen explained that the partnership agreement will see the SOLA Group retaining, managing and maintaining the installations and SAB AB InBev Africa will be billed for the energy they use, at an agreed tariff. This has proven to be an effective basis for power purchase agreements that the SOLA Group has in place with other customers.

At the launch of the renewable energy programme SAB and AB InBev Africa also showcased the first electric truck to arrive on South African shores: the eCanter, designed and manufactured by Mitsubishi Fuso Truck and Bus Corporation (MFTBC), part of the Daimler Group’s global commercial vehicles business. Boasting zero emissions, the 7.5 tonne FUSO eCanter is the first of its kind in the world.

The vehicle has a battery capacity of 82.8 kWh and a distance range of 100 to 120 km. It is currently operating in customers’ hands in a number of countries, including Germany, Japan and Portugal, and has been brought to South Africa by FUSO Trucks for customer demonstrations. The showcasing of the vehicle at Chamdor points to SAB and AB InBev Africa’s ambitions over the medium- and longer-term with regard to clean energy and sustainability.

The group is working on a Pan African Renewable Energy tender, which would seek to source the equivalent of 440 MW of solar capacity to meet its 2025 target in Africa. This represents an initial investment of some R5.6 billion (US$396 million) for installation at its facilities, which would be invested by the business’s development partners, with a further R12.4 billion (US$866 million) in energy cost that would be committed by AB InBev over a 20-year period.

The implementation will consist of three phases, beginning with onsite solar installations with a capital investment of around R1.1 billion. Once maximum capacity onsite has been achieved, renewable energy solutions will expand to identified sites in the vicinity of the breweries.

In line with the above, SAB plans to migrate one of its South African facilities to 100% renewable energy supply by the end of 2020, one of the first of its kind in the country. The multi-faceted solution will encompass a wind and solar energy mix, a wheeling arrangement and energy banking.

Outside of its breweries, in the surrounding communities, SAB and AB InBev Africa plan to provide access to clean and affordable energy to around 80 000 people. Renewable energy micro-grid solutions will provide power to consumers at a significantly lower cost than current solutions. This process will be delivered and managed through a blockchain solution. 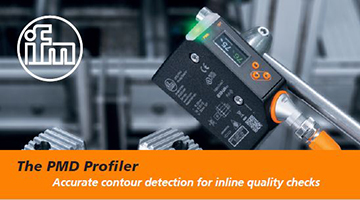