In the South African market, all electronic equipment either manufactured locally or imported from overseas needs to adhere to and comply with certain compulsory regulations set out by the National Regulator of Compulsory Specifications (NRCS) in order for them to be sold in the South African market. These goods go through a series of tests to ensure the safety and energy efficiency of the electrical apparatus which, in turn, protects the health and safety of the consumer. After the inspection has been completed and it is found that the item is deemed safe to use in the South African market, an LOA (Letter of Authority) is issued for the particular item. No electrical goods can be sold legally in South Africa without having a valid LOA in place. 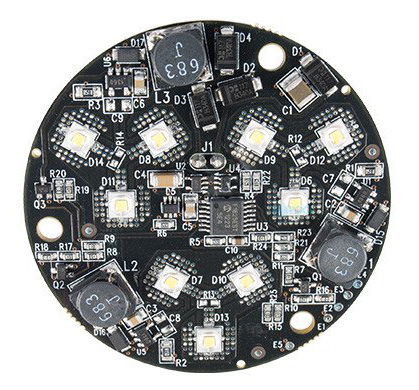 As for luminaires, according to the VC 8055 document published by Government on the 6th of February 2009 there are a few exclusions in terms of LOA requirements for luminaires which includes luminaires imported as parts and not as complete products.

Spazio Lighting have become aware that certain suppliers have taken on the habit of importing and  selling downlighters in parts where the lamp holders are sold separately from the body of the fitting. By adopting this practice, the importer is clearing the goods through customs as parts instead of a complete product and thus there is no need to obtain an LOA certificate.

Furthermore, they also sell the goods to their distributors in parts, once again circumventing the LOA requirement.

Unfortunately, in doing so the supplier passes on the Legal Liability for an LOA to you, the reseller who, unaware of the liability, supplies the product to the consumer which might have a long-term effect and deem installations to be illegal if inspected.

In this instance, the electrician becomes the manufacturer or assembler and therefore strictly, according to regulations, the electrician is responsible for the compliance of the product and should acquire an LOA and pay the levies to the NRCS which, in most cases, is not done.

Spazio Lighting is a member of SAFEhouse SA, a non-profit industry organisation that investigates and acts on reports of non-compliance in the lighting and electrical industry by firstly notifying a supplier of non-compliant products and giving them the opportunity to take voluntary corrective action. If this is not done, they then report the non-compliance to the NRCS in order to stop the sale of such products.

The company would like to strongly advise its distributors to only buy electrical products from suppliers who are members of SAFEhouse seeing as SAFEhouse members take on the pledge to abide by the SAFEhouse code of conduct and only supply goods which are NRCS approved.

Spazio Lighting would also like to motivate suppliers to become members and take on the fight against substandard and non-conforming products and practices existing in the South African market.