According to the Minerals Council of South Africa, South African women have played a key role in above-ground mining positions prior to them being legally allowed to work underground in 1996. Women have gradually become formal participants in all aspects of the industry. They have come up against challenges and restrictions and over the years, the industry has become better at identifying and dealing with these issues and creating more inclusive conditions for women in the workplace. 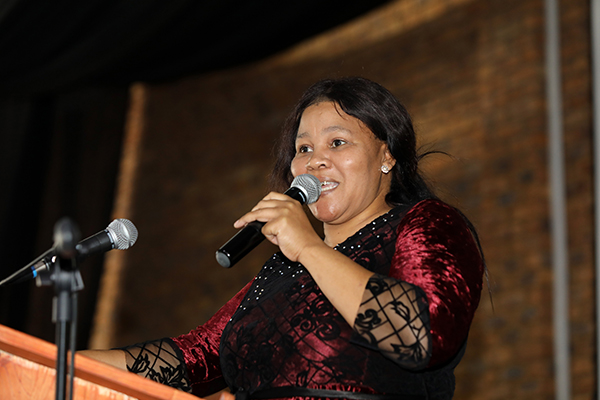 On 13 May 2022, Glencore Ferroalloys officially launched its Women in Mining (WiM) structure which is aimed at driving women related developmental programmes in line with the Department of Mineral Resources and Energy (DMRE) and Minerals Council. This also provides the opportunity for women to be further recognised as integral participants in the success of the organisation.

The launch was held in Rustenburg and was attended by representatives from Glencore’s different operations who all gathered to celebrate the incredible milestone. Women in Mining Tripartite Forum Chairperson (WIMRTF) Jacqueline Dibetsoe, and motivational speaker Molebogeng Mogashoa from TauSadi Mining and Engineering were also in attendance.

CEO of Glencore Ferroalloys, Japie Fullard said that the organisation’s key driver is the Home Away From Home culture that resonates with the needs of the female employees and ensures that female employees find the workplace suitable and desirable to work in.

“Having such a structure in place is not a tick box exercise for us, it is something we hold dear because it will allow the business to have a more centralised strategy in effectively dealing with issues that affect our female employees. We are committed to creating an environment that is safe and empowers our female employees to have equal opportunities as their male counterparts,” said Fullard.

In 2021, Glencore established a Group Committee which included six core members and nine WiM Champions from each Operational Unit. Their immediate mandate was to revive operational units and WiM structures as well as identify key focus areas to ensure that Glencore Alloys is an employer of choice for women. One of their key roles also included looking at various challenges faced by women in work roles, career development and transformation. The committee has thus developed six focus areas that are aligned with the mandate which are: