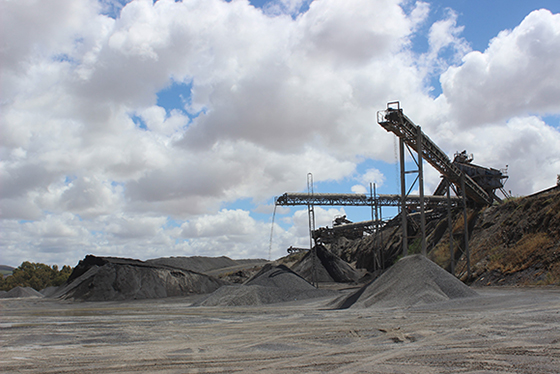 The tough conditions in the construction sector are having a knock-on effect on the quarrying industry.

Across the grades, Grades 7 and 8 registered the sharpest drop in confidence – from 40 to an almost six-year low of 23. According to Skosana, “the marked deterioration in sentiment among GB class of works in Grades 7 and 8 was largely driven by weaker activity growth.”

After improving from a historical low of 27 to 35 in the previous quarter, Civil Engineering (CE) confidence fell back to 31 in 2019Q1. Skosana stated that “this is alarming because at 31, close to 70% of respondents are dissatisfied with prevailing business conditions. Like with GBs, activity growth just isn’t forthcoming.”

Similar to GBs, the drop in confidence was most pronounced among CEs in Grades 7 and 8 where business confidence is now at 20 index points. The other grades also registered marginal declines in sentiment.

On a provincial level, CEs in the Eastern Cape and Western Cape experienced the sharpest deterioration in sentiment, to zero and 27 index points respectively. Despite marginal upticks in the other two provinces, confidence remained at very weak levels.

“Regardless of the movements in confidence, the latest survey results paint a picture of broad-based weakness across all grades and provinces” concludes Skosana.