Quarrying or industrial-scale excavation is a gruelling application for mechanical equipment. Machinery is subjected to constant use, wear and tear, harsh operating conditions, dust and moisture and often extreme pressure too, depending on the plant.

For KuluCrete, a supplier of bricks, blocks, roof tiles, kerbing, pavers, river sand and crushed stone in southern KwaZulu-Natal and the Eastern Cape, switching lubricants on the company’s excavator has resulted in cost savings and helped to cut down on lubrication quantities and applications. 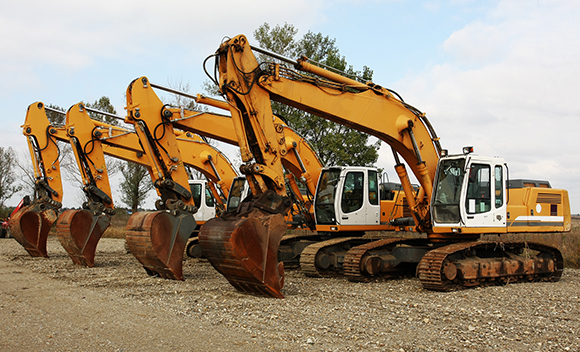 KuluCrete’s brick and block works has a daily manufacturing capability of 100 000 bricks or 30 000 concrete blocks, and a separate tile works can turn out up to 9 000 roof tiles each day. The facilities enable the company to compete for demanding building material tenders.

KuluCrete’s Komatsu PC270 excavator is a turbocharged, air-to-air aftercooled hydraulic excavator used in a quarry environment for the removal of raw materials and subsequent placement in crushers. Previously, the company was using an EP2 lubricant, but having to replace the excavator’s pins every three months. The main issue for the company was the cost of having a new set of pins machined at such short intervals.

KuluCrete’s workshop manager Clinton Stroebel had a new set of pins installed with the Almagard® applied, and the unit was returned to the quarry. With the Almagard® 3752, the pin set remained unscathed for over 1 000 work hours and was only replaced after 1 834 run hours when slight scarring appeared.

According to Stroebel, when using the previous lubricant, the pins sometimes wore so severely that they were a third of their original machined size after three months of use.  “In all the years of struggling with the pin sets we have eventually found a lubrication solution that works for us and that we will continue supporting,” he says.

The lubrication schedule on the pin sets has decreased from a daily re-grease to a weekly application and because the Almagard® 3752 stays in the contact area, the re-grease quantities have also been dramatically reduced. Whereas previous grease usage on the pin sets amounted to 14 kg per month, or 140 kg per 10-month cycle, one 10 kg barrel of Almagard® 3752 lasted a full calendar year.

KuluCrete is no longer spending over R10 000 every three months on manufacturing a new set of excavator pins. Cutting down on replacement pins amounts to a yearly savings of R48 000. Furthermore, every 10 kg of Almagard® 3752 supplied lasts a full calendar year, at least, saving KuluCrete in excess of R38 000 spent on purchasing lubricants.

“Using the right lubricant for the application makes a huge difference on every front – from how often you have to apply it to the amount you need to use and how long your equipment lasts,” says Owen. “Companies operating plants in harsh conditions, such as quarrying, mining or cement or concrete production should not underestimate the impact that choosing the correct product can have on equipment, production and budgets.”