At the end of October, members from the lighting industry gathered for an information session in Pretoria held jointly by the National Regulator for Compulsory Specifications (NRCS), the Department of Energy and the United Nations Development Programme (UNDP). Information shared was around the planned regulation of general service and directional lamps for general illumination using incandescent, halogen, fluorescent, high intensity discharge, LED, and other light sources. The ramifications of the topic were clearly evident as the room quickly filled beyond capacity with major players from the lighting industry.

Theo Covary, Project Manager at the UNDP noted that while the country’s Standards and Labelling Programme in the past focused primarily on white goods, lighting has long been on the radar, and will, within the next few years, become the first electrical product to be regulated in the SADAC region. He noted that the NRCS was fully behind the process of including new technologies in its regulations. “As we speak though,” he said, “there are still a lot of non-compliant lighting products entering the country and the UNDP has assisted in destroying the millions of CFLs that have been seized.” He believes that the industry needs to be regulated to level the playing fields, with the mandate of providing quality, affordable, energy efficient lighting to the public. 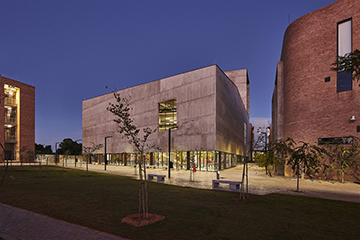 Education will be imperative, and social media campaigns – seen as the best way to connect with the general public – will focus on the reasons to move away from CFLs. A labelling system will also be developed educating consumers on, for instance, how to buy a lamp, lifecycle costing and the difference between watts and lumens.

There is no doubt that regulation of the lighting industry is sorely needed, and we will be following this topic closely over the coming months. 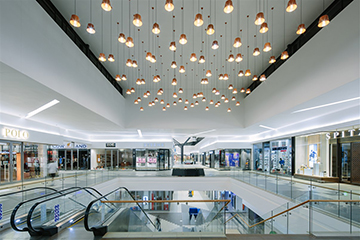 This issue we feature three completely different projects where lighting provided a subtle, yet crucial backdrop to the architecture; a restrained lighting design was called for at the AHRLAC Manufacturing Facility, which is located at a functioning airport in Pretoria; Thavhani Mall, a 50 000 m2 regional shopping centre in Northern Limpopo becomes an iconic night time beacon; and a threefold approach informs the lighting at the Sol Plaatjie University Student Resource Centre in Kimberley.

Elsewhere in the issue we discuss the future for smart street lighting, investigate Lighting-as-a-Service, find out how to light a dining room and present the latest lighting news and products from our shores and abroad.