In the June edition of Modern Mining, the editor notes some encouraging prospects for economically troubled Zimbabwe on the mining project front. Despite the economic turmoil currently prevailing in the country, with annual inflation surging to 785,55% in May from 765,57% in April, the country is likely to find some solace in its mining industry.

Judging by the current project pipeline, the mining industry in Zimbabwe may be poised for a boom, with new discoveries in diamonds and gold, as well as a new coal project likely to enter production this year, signalling a new wave of mining activity.

The recent discovery of new diamond deposits in Mwenezi, in the Masvingo province, is cause for optimism for the country in its quest to reach 10-million carats by the 2023 target. The discovery of diamonds around the Chingwizi area followed an aero-magnetic survey commissioned by the government last year.

The same aero-magnetic survey, which was conducted by a local firm, Aero Surv Zimbabwe, in partnership with a South African company, Xcalibur Airborne Geophysics, has also confirmed vast gold deposits in the Chiredzi area of the Masvingo province, which is good news to a country seeking a re-boost of its dwindling gold mining industry.

In another interesting development, Contago Holdings – which recently acquired, by way of a reverse takeover of Consolidated Growth Holdings’ interest in the Lubu Coalfield Project in the Binga area of the Matebeleland North province – aims to deliver first production and revenues from the project by end of Q4 2020.

The new discoveries and the new coal project will definitely provide a significant boost to Zimbabwe’s mining industry, which contributes about 15% to the country’s gross domestic product and more than 60% of the foreign exchange earnings. However, for these projects to reach their full potential, there is need for government to show the political will to address fundamental problems including foreign currency exchange issues and electricity shortages.

In a major breakthrough for the LiuGong brand in the African mining sector, a mining contracting JV, MKO, has taken delivery of eight CLG856H wheel loaders from Burgers Equipment & Spares to execute a taxing materials handling project at Samancor Western Chrome Mines in the North West Province of South Africa. 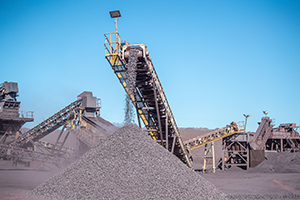 In the recent announcement of its record set of results, Afrimat noted the growing importance of its Bulk Commodities division to the company’s overall business. CEO Andries van Heerden tells Modern Mining that Afrimat sees the mid-tier mining space, especially in bulk commodities, as highly attractive, and the company is cash positive to make further investments in new assets to grow the division. The move has been set in motion with the intended acquisition of new iron ore assets and a company that owns a high-grade anthracite operation. 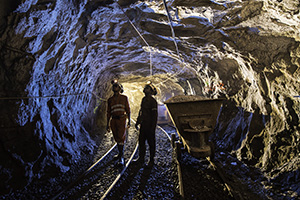 While South Africa is still home to over 50% of all gold reserves in the world, the country only accounts for 4% of the global gold production. With gold price currently booming, is SA primed to attract new investment in its gold mining industry? One would think that the high gold price could encourage more investment, but Jill MacRae, associate director at BDO South Africa, tells Modern Mining that market price is only one consideration and there are other factors that investors take into account and may, in fact, place more emphasis on – and these are standing in the way of investment in SA. 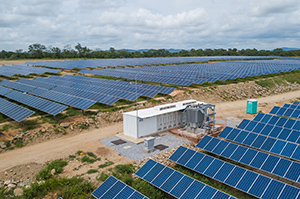 How to run a mine successfully in adverse conditions

Mining remains a key industry in Africa but the energy requirement is very high. In South Africa, the industry must also contend with irregular power supply and rolling blackouts, in addition to the adverse economic effects of the Covid-19 pandemic. How will the mining industry rise to these challenges and what will be its role post-Covid? Modern Mining turned to Zest WEG for their take on these questions. 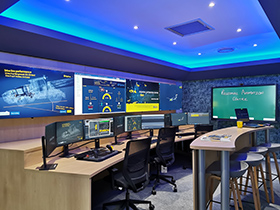 Almost every mine today makes use of some kind of operations control centre, commonly taking the shape of control rooms, making it possible to remotely monitor, measure and control operations. In keeping with the increasing level of mechanisation and automation of mines – presenting a myriad of safety and logistical challenges through the interaction of man and heavy machinery – the importance of control rooms in providing situational awareness and as the hub of operations management has proportionally increased.