In the July edition of Modern Mining, the editor is encouraged by copper prospects in the DRC. Notwithstanding the country’s many challenges, the copper mining industry is likely to further raise the value of the DRC mining sector.

In 2013, the DRC surpassed Zambia for the very first time, to become Africa’s leading copper producer, with a total annual output of 925 000 tonnes. This was an extraordinary achievement, given that barely 10 years earlier, the country had been producing a mere 70 000 tonnes annually. Fast forward to 2020, and the DRC is among the top five copper producers in the world, with a total annual production of 1,3-million tonnes.

Remarkably, the average mineral grade of copper in the DRC is fairly high, making it a mining destination of choice for many investors. Most copper mines in the DRC are predicted to have an average ore grade of over 3%, far higher than the global average of between 0,6% and 0,8%.

A case in point is Central Copper Resources’ Mbamba Kilenda (MK) copper project, being developed in what is dubbed a new copper province in the DRC. The MK project is located on the western side of the DRC, within 70 km of Kinshasa, and sits on the West Copper Belt which extends over 1 400 km from Angola, DRC, ROC to Gabon, with known projects such as Mavoio Telo where 16 Mt at 2,46% Cu remains after mining of the high grade ore.

Historic exploration defined the mineralisation at this particular area during the 1950s and 1960s. MK has been identified as the first project expected to be within the eastern 15 km zone of the overall 85 km strike that makes up the total project area.

Future exploration will focus on resource extension and allow for the addition of further phases of development within the project. Previous drilling has proved high grade oxide copper, zinc, lead and silver mineralisation.

The unique nature of the orebody is defined as a shallow mineral continuity in a high-grade horizontal seam, which allows for the use of low-cost, bulk mining methods with the advantage of automated operation.

However, for the DRC to realise its maximum copper potential, the new administration of Félix Tshisekedi should prioritise an investor-friendly environment. Tshisekedi won the December 2018 election to succeed Joseph Kabila, who had been at the country’s helm for 18 years.

The recent group restructuring and the establishment of Astec Industries Africa and Middle East (AME) will deliver further benefits for Osborn and Astec customers. The move forms part of Astec Industries’ international expansion strategy, with regional sales organisations established to improve customer interaction and support for the complete range of Astec products. 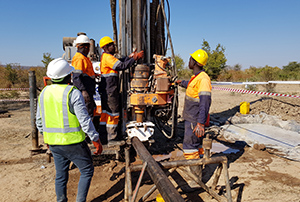 Following the 70% acquisition of the Lubu Coalfield Project in the Binga area of Zimbabwe, said to be one of the biggest deposits of its nature in southern Africa with a total resource of 2-billion tonnes of coal, LSE-listed Contango Holdings will initially prioritise mining a small area dubbed the B2 Block. With the deposit starting at surface up to a depth of 47 m, B2 Block offers a quick and cost-effective route to production, allowing the company to produce 1-million tonnes a year over the next 10 years. 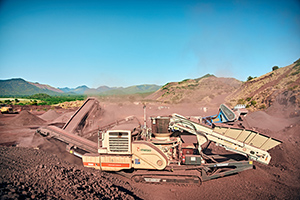 Companies that thrive in the African mining industry are the ones that learn how to turn extremely difficult conditions into lucrative opportunities. This takes levels of insight, vast amounts of practical experience and perseverance, which are not easy to achieve. To this end, Modern Mining spoke to Franco le Roux Mining, which has managed to find success in an application that would intimidate most mining contractors, to see what separates it from the rest. 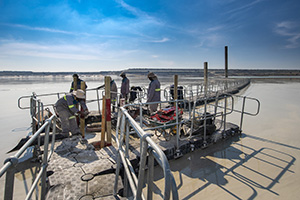 Mining where the sun shines’: unpacking the waste rock and tailings treatment industry

To help mining companies improve data governance and transparency in their quest to achieve safer management of tailings storage facilities (TSFs), mobile satellite communications specialist, Inmarsat, has introduced its Tailings Insight, a new Internet of Things (IoT) solution for monitoring TSFs. With the launch of the solution, director of Mining Innovation at Inmarsat Joe Carr tells Modern Mining, the company is proving that technology exists today to enable a paradigm shift in safety across the industry. 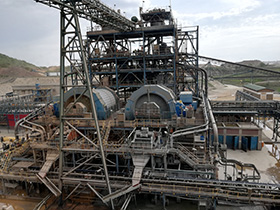 With a staff compliment exceeding 720, Zest WEG is investing renewed effort in expanding its footprint across sub-Saharan Africa. The company’s Level 1 Broad-Based Black Economic Empowerment status has formed the solid foundation that allowed for the expansion of its business outside of South African borders, initially into the mining sectors of Botswana, Zimbabwe, Zambia, Namibia, Mozambique and the Democratic Republic of Congo. 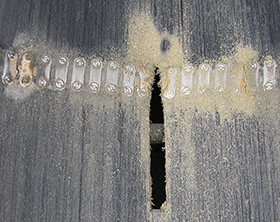 The mining industry brings together some of the most destructive forces affecting modern day machinery and equipment. The threats associated with the mining environment can vary, often introducing a combination of abrasion, corrosion, wear, impact and chemical attack. Significantly, the type of damage that can occur is completely dependent on the type of mine, whether these are afflictions specific to location, or the type of material being excavated.