Our cover story this month focuses on Assmang’s R6 billion Black Rock Project (BRP) in the Hotazel area of the Northern Cape, which will see Assmang’s Black Rock Mine Operations (BRMO) – comprising the Gloria and Nchwaning manganese mines – being modernised and upgraded to optimise resource exploitation and create flexibility in reacting to changes in market product requirements. In particular, we look at the contributions to the BRP by project delivery company WorleyParsons RSA. 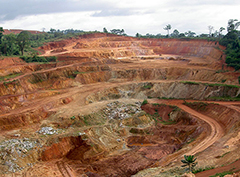 Gold coverage this month includes a review of Randgold’s operations, which turned in a strong performance for the third quarter, as well as a summary of the findings of a positive Feasibility Study (FS) on a CIL project at Endeavour’s Ity heap leach gold mine in Cote d’Ivoire. 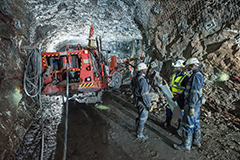 Buoyed by an improvement in production at both its Tongon and Kibali mines after addressing technical issues at both operations, Randgold produced just over 300 000 ounces for the quarter and is on track to meet its guidance for 2016. Its exploration programmes are also moving ahead strongly, with CEO Mark Bristow saying that “the prospects for our next mine or mines are taking increasingly tangible shape.”

As regards the CIL project at Ity, Endeavour says it expects to make an investment decision in early 2017. The project would cost US$307 million to implement and would deliver average production of 114 000 ounces a year over a 14-year mine life at an AISC of US$603/oz, transforming Ity into a long-life, low-cost flagship asset. Endeavour estimates a 20-month construction period for the project.

Gold Fields to spend US$1,4 billion at Damang

Gold Fields has given the go ahead for its Damang Reinvestment Plan, which will extend the life of mine by eight years from 2017 to 2024. Over the LOM, a total of 165 Mt will be mined, with 32 Mt processed at a grade of 1,65 g/t, resulting in total gold production of 1,56 Moz.

ASX-listed Mustang Resources says in its latest quarterly report (for the period ended 30 September 2016) that the bulk sampling plant at its Montepuez ruby project was fully commissioned during the quarter, in the process recovering approximately 460 carats of high quality rubies.

Phase 2A expansion of Asanko Gold Mine approved

Development of one of the deepest mechanised kimberlite block caves in the world – theR4,2 billion C-Cut at Petra Diamonds’ Cullinan Diamond Mine (CDM) near Pretoria – is now at an advanced stage, with the project over 80 % complete and already delivering its first ore. The new cave will be producing ore at a steady state rate of around 3,7 Mt/a by 2019, by which time carat production will be in the region of 2,2 million carats a year (roughly three times the present level)..

A profile of Johannesburg-based mining consultancy Sound Mining, which is performing solidly despite the on-going recession in mining which has decimated some of its competitors, and its ‘sister’ company, Project Management & Design Engineers (PDME).