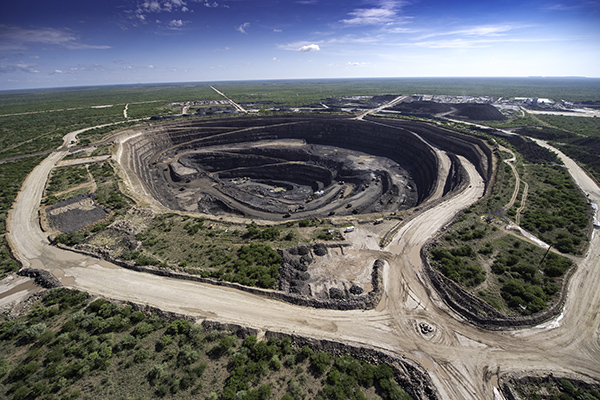 An aerial view of Lucara’s Karowe open-pit mine.

Highlights for the year ended 31 December 2019 include:

“Our strong operating results for 2019 reflect Lucara's continued focus on safe, reliable operations, which has delivered increased productivity at lower costs and provides a solid foundation to support our next stage of growth – an underground expansion at Karowe which has the potential extend our mine life to 2040, add net cashflow of $1,22-billion and gross revenues of $5,25-billion,” says Eira Thomas, president and CEO.

“Our second business, Clara, continues to deliver solid results and is on track to steadily grow third party supply to the platform over the course of the coming year. In 2019, Lucara also continued to explore ways to maximise the value it receives for its diamonds. Our ground-breaking agreement with Louis Vuitton in January 2020 is another example of how we are delivering on this commitment. Through this agreement, we will demonstrate that greater collaboration within the supply chain can unlock value and increase transparency from mine to consumer."