Tuomo Niskanen – appointed head of Metso’s Africa market area at the start of the year – is encouraged by prospects of a buoyant African mining sector in 2020 and beyond, particularly driven by precious metals. In a one-on-one with Munesu Shoko, he lays out his growth plans for Metso in Africa, which will largely hinge on customer centricity and leveraging the gains of new technologies.

Previously vice president for Mining Africa at Metso, Tuomo Niskanen took the reins as head of Metso’s Africa Market Area on January 1 this year, replacing Qasim Abrahams, who vacated the position at the end of 2019. Niskanen, a mining engineer with over 38 years’ experience in mining and minerals processing, has previously worked for various leading companies, including Sandvik, Outotec, Alstom and General Electric, among others. 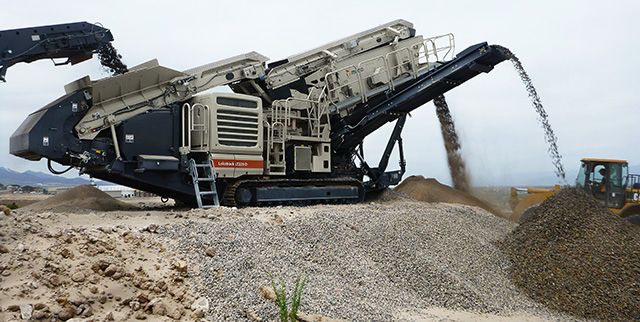 Metso is a strong player in the mineral processing market in Africa.

In his previous roles, he has worked across various regions of the world, including the Far East, Europe and even Africa. In fact, he was part of the Metso team that established the company’s business for the first time in Africa back in the 1990s. He was also deployed back to South Africa between 2006 and 2009 during the mining boom. He believes that his two previous stints in Africa have better prepared him for the realities of doing business on the continent, and he will leverage his market knowledge to further drive Metso’s business in Africa.

Niskanen says the Africa Market Area is of greater significance to Metso, as demonstrated by the company’s decision to establish it as an independent market area within Metso at the start of 2019. He believes the potential on the mining side of the business is massive. Taking advantage of the growth potential of the mining market, one of Niskanen’s immediate priorities is to increase the Africa’s contribution to Metso’s overall business.

“Africa currently contributes about 10% to Metso’s business. Based on prospects of growth on the continent and the plans I have in place for the business, I would like to see the African business taking a quantum leap in the next few years to contribute about 15% to Metso’s overall business,” he declares.

To drive the envisaged growth, Niskanen will leverage Metso’s values. Central to the approach will be driving the success of the customer. “The aim is to drive our customers’ performance, productivity and efficiency, which in turn allows them to run successful mining operations,” he says.

The second value of significance is innovation, identifying how Metso can help African miners improve their businesses. Speaking of innovation, Niskasen believes the Fourth Industrial Revolution (4IR) is currently the buzzword of note in the industry, and Metso is already at the forefront of the trend. He is of the view that 4IR brings a range of new possibilities to enhance efficiencies at mines.

In the 4IR basket, digitalisation is one of the emerging key tools that can be used to mitigate potential exposure to unwanted downtime by instantly connecting machine users and OEM experts through a digital platform that has the ability to monitor machine health and offer the predictive ability to foretell when in the future a machine is likely to fail.

“We will make our customers aware of our remote control centres, which allow Metso experts to remotely monitor key parameters such as productivity, machine health and performance,” he says, adding that this also helps ensure that equipment is maintained at optimum times – not too early and not too late.

He believes that digitalisation affords the industry access to crucial data about their operations. However, of concern is that many still don’t know how to utilise the available data. “Everyone is still figuring out what’s the optimum way of analysing the data, which is why it’s important, now more than ever, for customers to work with an OEM that is at the forefront of the digitalisation trend,” he says.

The third value of focus will be team work, which speaks to the need for working together, both within Metso and through partnerships with customers, to solve issues that threaten the success of customers’ businesses. He also notes that Africa is a very diverse continent, and Metso will prioritise respect, complemented by open communication and transparency at all times.

“For me, everything starts with the customer. Under my leadership, customer centricity will be a major focus of the business. Understanding customers’ needs and how the Metso offering can be adapted to their needs will be a crucial area of focus,” he says.

Having recently attended Investing in Africa Mining Indaba, Niskanen believes prospects in the African mining sector are positive. From what he gathered at the show, precious metals, mainly gold and Platinum Group Metals (PGMs), will carry the market this year.

He is of the view that gold will this year remain the safe haven investment of choice. After a slow start in 2019, a price surge from early August last year saw the precious metal hit US$1 553 per ounce (oz) on 4 September 2019, its highest in six years, and $1 570/oz on 7 January 2020.  “Based on the feedback from Mining Indaba, West Africa is the place to be as far as gold projects are concerned,” he says.

The PGM market will hold the fort in southern Africa. In the last 12 months, platinum prices have soared by 30%, while palladium prices have doubled and rhodium has quadrupled. Palladium has scaled almost 54% during the 12-month period, driven by strong demand in the automotive sector as manufacturers increase use of the metal in emissions-reducing catalytic converters. Even gold was left in its wake as palladium surpassed the yellow metal a year ago for the first time in 16 years and never looked back. The palladium price hit a record high near the US$2 000/oz mark at the end of December 2019.

Niskanen reasons that rigid environmental standards around car emissions in Europe and China will continue to influence price growth in palladium, as 80% of all produced palladium is used in catalytic converters. While platinum has trailed behind palladium and rhodium, he believes that there is a good chance of a price conversion over the medium term as car makers switch palladium for platinum.

“Southern Africa remains an important PGMs market. I believe we will see a lot of activity in that area this year, which is positive for the mining sector at large,” concludes Niskanen.