President Hakiainde Hichilema of Zambia blasted fresh air through the Africa Mining Indaba this morning when he delivered the speech that Minister Mantashe should have given only moments before. 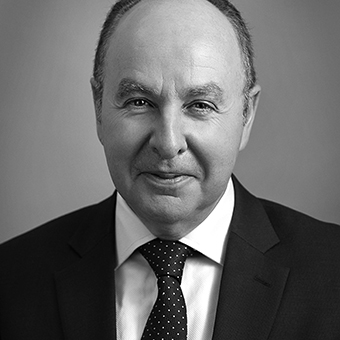 Like Mantashe, President Hichilema told delegates that Zambia was open for business. However, unlike Mantashe, the President elevated the private sector as an absolutely key partner for the successful development of Zambia’s mining sector.  He reiterated his government’s commitment to a transparent, predictable and fair investment climate with absolutely no tolerance for corruption. To this end, Zambia is currently fixing its mineral licensing system, and has placed a temporary moratorium on the issuing of licences to expedite this process. He made it clear that the time for talk by African leaders about the continent’s potential was over, and that the time for delivery was now.

Given Zambia’s history, he also made the remarkable statement that there will be no resource nationalism in the country, but that the country will still ensure that it will support domestic economic growth and job creation. It is critical that the mining benefits the people and the country as a whole without embarking on resource nationalism, which imposes dirigiste, onerous obligations on the mining industry around ownership, procurement, and local content, which has been Zambia's experience in the past.

By contrast, there was no word from Mantashe either on South Africa’s progress in fixing its dysfunctional licensing system or to resolve the long-standing issues around the Mining Charter which remain mired in litigation and controversy.

Not to overstate the matter, but the future of our mining sector - and the 450 000 jobs it supports - is at stake, as the Government has failed to address the burning issues affecting the industry’s growth.

The level of crisis is evidenced by South Africa finding itself ranked as one of the 10 worst mining investment countries in the world according to this year’s Fraser Institute Investment Attractiveness Index.  South Africa fell to 75th place out of 84 countries (down from 40 in 2019) and is ranked 12th out of 15 countries in Africa.

Mantashe did acknowledge the Fraser Institute's latest results, disputing the accuracy of the latest assessment, and promising to engage with them to correct this.

Nobody is disputing that South Africa’s mining sector is endowed with enormous potential and opportunity.  The problem is that we are not working to extract this.  To do so, we need investment, to unlock exploration spending, install an efficient, transparent and functional cadastral system, ensure policy certainty and predictability, and a Government that provides the private sector with the space and regulatory environment necessary to succeed.

What the Minister should have said today is:

There is some positive movement from the DMRE. Today Mantashe announced a commitment to a 60 day turnaround from his Department for self-generation licences for renewable energy, but he also acknowledged that these approvals are being held back by the slow approvals from other departments up on whom final approval of licences is dependent.

Overall however, the South African mining sector needs an urgent and drastic set of interventions that will place it back on a trajectory for growth.  Without this, our economy, country and our ability to create meaningful jobs will continue to suffer. This country has abundant mineral resources but unless the Government unlocks this potential, we can expect to slide further down the Fraser Institute’s rankings, with the concomitant economic decline and job losses.