In some organisations the plant engineer (or at least the person carrying that title, engineer or not) is not really experienced in electrical matters. The electrical foreman and electricians are all pretty hot shot (they have to be or sooner or later the plant will stop working). But the plant engineer is often merely an agent whose job it is to convey and implement the wishes of management to the engineering staff. 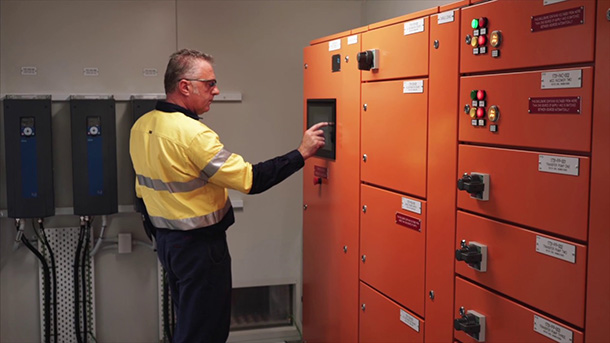 When sales reps come visiting, it is the engineer they see. And, sales reps being sales reps, they entertain the engineer and give diaries and planners and bottles of scotch and, being salespeople, they push their product. If a plant is established, there is little that they can sell since all the switchgear and motor control centres are installed and running. Sooner or later the salesperson will whisper in the engineer’s ear that, perhaps, the motor control centres and medium voltage switchgear are getting old... and... should be replaced.  Sometimes the engineer latches onto this and, at the next management meeting, includes it in the minutes. At the meeting the engineer presents a ‘report’.

Actually, it’s not the engineer's report, really: it’s been written by the salesperson and the engineer has signed it. It contains some terrifying information: (1) Fault levels are rising and the switchgear is inadequately rated and may blow up if it has to interrupt a fault. (2) The switchgear does not conform to the standard IEC 62271-200-2003 [1]: ac metal-enclosed switchgear and control gear for rated voltages above 1 kV and up to and including 52 kV. (3) Spares are mostly unavailable. The report goes on to mention that staff may be injured when operating the switchgear. However, new switchgear is available...and it costs a lot but should be budgeted for. Reluctantly, management agrees. In due time the budget is submitted. It includes equipment, labour, installation and... consulting engineer fees.

The consultant, getting a percentage of the construction cost, has no incentive to keep equipment and construction costs down. So, the design is for switchgear that could be used in a steel mill with a blast furnace and smelter and the replacement switchgear is large and elaborate. Unfortunately, it won’t fit into the footprint of the existing switchgear and building alterations are required. Expensive and inconvenient. However, it does cost about R12 million so the consultant’s fee is about R1 million. Very tasty. A further score is that the supplier does all the drawings.

What mistakes have been made? These are (a) The consultant should have been appointed at a fixed fee to determine if replacement of the switchgear is required. Often it is not. If it has been regularly serviced, probably not. There are many things that can be done to reduce fault levels and the consultant should investigate this. (b) There is no requirement for switchgear installed in 1993 and before to conform to any standard as long as it is reasonably safe. In Cape Town switchgear has been installed which is over 50 years old. (c) Clients should not fall into the trap of basing consulting fees on a percentage of contract costs... insist on a fixed fee.