The role that the various mix constituents play to produce quality concrete for housing is often not fully understood, Bryan Perrie, CEO of Cement & Concrete SA (CCSA), has cautioned. 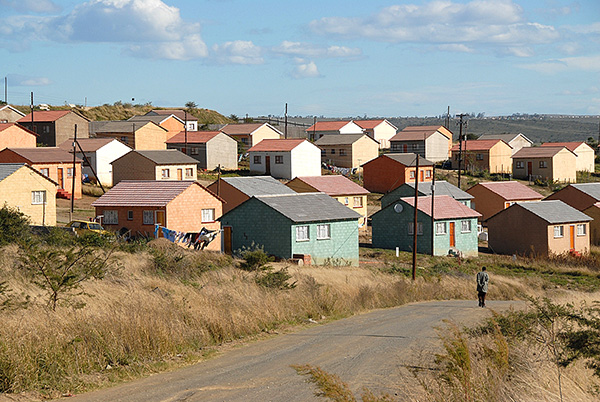 “Firstly, the quality of the cement is crucial. Building contractors should note that all producers and importers of cement must have a Letter of Authority (LoA) from the National Regulator for Compulsory Standards (NRCS) for each different cement type sold in South Africa. The NRCS issues a LoA only if the cement standard complies with SANS 50197-1 or SANS 50413-1,” he explains.

Perrie believes certain errors tend to occur frequently when producing concrete for housing. “Firstly, there is the question of the ratio between the water and cement in a concrete mix which determines the strength of the concrete. When site batching for small quantities of concrete, contractors tend to use the traditional builder’s wheelbarrow as rough unit of measurement but poor control in this regard can produce seriously inconsistent mix proportions. The contractor should ensure that the wheelbarrow is religiously levelled off at the top when measuring materials for mixing to ensure that the correct, consistent mix proportion is achieved throughout. It should also be remembered that two bags of 50kg cement are equivalent to one builder’s wheelbarrow,” Perrie states.

Another common mistake on site is the addition of extra water to improve the workability of the concrete after an extended period. This significantly reduces the strength of the concrete.

“Then there is the critical aspect for quality concrete: curing. Often concrete is not cured using the proper technique or is not cured long enough. Newly-cast concrete must be adequately cured to ensure that hydration continues until the full potential strength of the hardened concrete is achieved and to minimise the tendency to crack. The concrete should be kept damp and not allowed to freeze during this time. The concrete should be cured for at least five days after placing it - even longer in cold weather,” he advises.

“If freshly placed concrete is exposed to hot sunshine or drying winds over the coming summer, evaporation should be prevented by covering with plastic sheeting immediately after placing and before finishing. If there is concern that plastic sheeting could damage the surface, a water-filled atomiser spray of the type used for spraying insecticides on fruit trees should be used to produce a mist over the fresh concrete until the surface is hard enough to permit one of the curing methods mentioned.

“It may also be necessary to provide adequate windbreaks for the concrete. In cold weather, newly placed concrete must be protected from frost by covering it with insulated material such as sacking or straw. The temperature of placed and compacted concrete should not be allowed to fall drastically until the concrete has attained a strength of 5 MPa. Curing must continue for at least five days after placing concrete, even longer than a week in cold weather. Adequate curing ensures that concrete becomes stronger, more impermeable, durable and resistant to abrasion.”

“Cracks in plaster and floors are common problems on most sites but these can be avoided, or reduced, through the correct use of expansion joints to allow for movement of the structure at appropriate intervals. Care should also be taken to allow for movement joints between different material types, such as clay bricks and concrete blocks, or bricks and concrete,” Perrie adds.

More detailed information on the various aspects of concrete for housing is available from the CCSA publication ‘Concrete basics for building’. CCSA’s School of Concrete Technology also presents a variety of training courses on concrete practice for all levels of experience throughout the year.