Artificial Intelligence (AI) has been the dream of scientists and technologists for decades. From self-aware worker robots like those in Isaac Asimov’s stories, to murderous assassins like those in the Terminator movies, Science Fiction has paved the way for technology intelligent enough to interact with humans on an equal level. 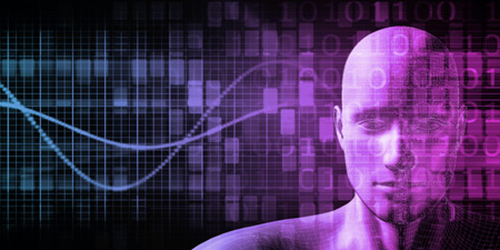 IBM’s Watson computer is now advanced enough to have won a game of Jeopardy against a human opponent, but is still a far cry from the intelligent entity we associate with AI. Similarly, many call centres have started using so-called “chatbots” to answer people’s common questions without any human input.

AI, however, is only one of the many areas that human beings are investigating the merging of intelligence and technology. A team of researchers at Wits University, for example, have managed to connect the human brain to the Internet in real time – for the first time ever. Called the “Brainternet” project, it essentially turns the brain into an Internet of Things (IoT) node on the World Wide Web.

The project was led by Adam Pantanowitz, a lecturer in the Wits School of Electrical and Information Engineering, who supervised two fourth-year students developing the Brainternet. Brainternet works by converting electroencephalogram (EEG) signals – essentially the brain waves – to digital data. Using a powered, mobile, Internet accessible Emotiv EEG device, the EEG signals are sent to a small computer called a Raspberry Pi. This live streams the signals to an application programming interface, displaying the data on a website.

“Brainternet is a new frontier in brain-computer interface systems. There is a lack of easily understood data about how a human brain works and processes information. Brainternet seeks to simplify a person's understanding of their own brain and the brains of others. It does this through continuous monitoring of brain activity as well as enabling some interactivity,” Pantanowitz explained in a press release.

“Ultimately, we're aiming to enable interactivity between the user and their brain so that the user can provide a stimulus and see the response. Brainternet can be further improved to classify recordings through a smart phone app that will provide data for a machine-learning algorithm. In future, there could be information transferred in both directions – inputs and outputs to the brain.”

This project may be the next step towards that Sci-Fi future where humans and AI coexist and interact, with each improving the other. Future applications for this project could lead to some very exciting breakthroughs in machine learning and brain-computer interfaces. Data collected from this project could lead to a better understanding of how our minds work and how we can take advantage of that knowledge to augment our brain power.