How many people does it take to change the world?

This is not a trick question. Research has finally figured it out. The answer is not, as your mother probably told you, that it takes one person to change the world. According to researchers from the University of Pennsylvania and the University of London, the most likely number is 25%. 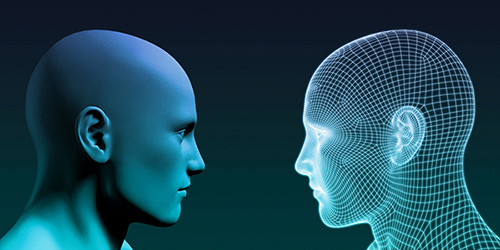 Their study, which was published in the journal Science, found that a committed minority, comprising at least 25% of the population, consistently succeeded at getting a larger group to adopt the changes it wanted. In some cases, adding just one extra person to the minority group was enough to trigger a tipping point for social change.

The first part of the experiment focused on establishing a social norm. For that, they placed 194 participants into 10 online groups of 20 to 30 people each. Next, they paired the members of each group and asked them to choose a name for an object in a photo (for example, a picture of a face), entering their choice via a chat function.

If both people entered the same name within a predetermined window of time, they received a financial reward. If they didn’t, they were financially penalised. At the end of each round, the participants paired up with new partners within the group with the same goal: agree on a name for the object.

The researchers found it didn’t take long for all 20 to 30 members of each group to agree on the same name. They then changed things by introducing ‘confederates’ into each group – people who wanted to change the established name to something else. When this committed minority comprised at least 25% of the population, it consistently succeeded at getting the group to adopt the name it wanted.

“In the real world, plenty of other variables can affect the success of the committed minority – the length of time the majority group has held the conventional view and their emotional commitment to it, for example,” the researchers said.

However, these findings can lead to a different variation of the targeted messaging of the type that America saw during the last presidential election. The researchers pointed out that governments or other organisations can introduce their own ‘confederates’ into online groups. As long as they can hit the 25% threshold, they have a solid chance of swaying public opinion in their favour.

This can also be exacerbated by artificial intelligence. A study published by researchers at the University of Southern California’s Information Sciences Institute recently examined the influence of one of the most prolific sources of political tweets during the US campaign period: Bots. They found roughly 400 000 bots on Twitter, which posted a massive number of tweets that made them surprisingly capable of distorting online debate. According to the study, the 400 000 bots were behind 20% of all election related tweets, and were tweeting and being retweeted at a remarkable pace.

These studies indicate that those wanting to sway opinion – whether politicians or marketers – need only get themselves a few bots and convince a 25% minority in order to effect change. That’s good news for marginalised populations who are pursuing social change, but could become extremely complicated, and not to mention very dangerous, coming from those with more nefarious goals.