How to check for fake or adulterated honey

Honey is seen by many as the healthier alternative to sugar, but recent exposés have revealed that this is not necessarily the case in South Africa. The recent ConsumerTalk feature on CapeTalk and M-Net’s Carte Blanche have drawn attention to the fact that manufacturers of ‘fake’ honey are scamming South African consumers and threatening the livelihood of the entire sector. 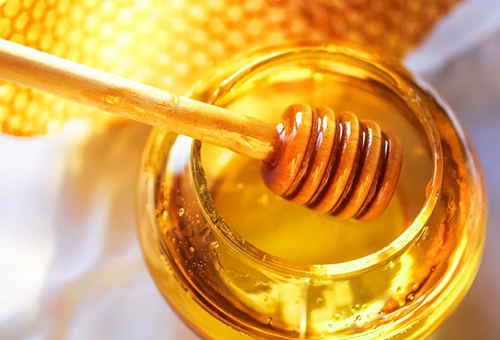 Beekeepers play a critical role in ensuring that South African commercial crops are able to compete in global markets by providing pollination services. They are therefore are a key component of the agricultural industry, and the producers of fake and adulterated honey are creating a situation that may lead to the demise of the South African beekeeping industry.

This will be detrimental to consumers, agricultural jobs, commercial farmers, and the South African economy alike, according to Peels, South Africa’s oldest honey brand. Speaking to the media following the revelations of honey adulteration, Craig Campbell‚ MD and chief beekeeper at Peel’s, said it is fraud on a grand scale‚ and threatens the health of diabetics‚ who can tolerate small amounts of pure honey but not sugar.

Fake, or adulterated, honey is actually a mix of sugar, water, and – if consumers are lucky – some honey, but is sold as the real deal. Some companies use the words ‘Packed in South Africa’ to fool consumers into believing they’re buying local honey‚ when in fact it’s imported from China‚ which is infamous for honey adulteration. Some local honey producers are also guilty of the practice. Grandis Apiaries in Howick was found to have fed sugar, rather than pollen, to its bees.

The problem, according to experts, is that testing for added sugar in honey is neither simple nor cheap, allowing fake honey to hit our shelves more easily. While honey is nutritionally superior to sugar, it’s high in antioxidants. For example, chemically‚ it’s very similar to white sugar and high fructose corn syrup.

Basic testing of relative amounts of sugar‚ water content and acidity of honey can be done in South Africa‚ but to test if the sugars present in honey are derived from plant nectars and collected by bees‚ and not from sugar cane or corn syrup instead requires sophisticated testing‚ which can only be done in labs overseas, according to the South African Bee Industry Organisation (SABIO).

However, there are a few tests consumers can do at home to establish whether the honey in their cupboard is more likely real or fake. Pure honey tends not to be sticky if you rub it between your fingers, while fake honey is fairly sticky because of the high percentage of added sweeteners and additives. Similarly, pure honey is very thick and takes a good deal of time to move from one side of the jar/container to the other. Fake honey will move really quickly inside the jar.

If you heat and cool pure honey, you will alter the taste and kill all healing and nutritional values, whereas the extensively sweet taste of fake honey will remain if it is heated and cooled because of added sugars and sweeteners. Upon heating, pure honey caramelises quickly but does not make foam, but fake honey forms foam and becomes bubbly because of the added moisture, sugars and water.

For those who want to test in a slightly more scientific manner, mixing equal amounts of honey and methylated spirits will provide a good answer, as real honey settles at the bottom. Fake honey gets dissolved in methylated spirits, making the solution milky. There is also a matchstick test. After immersing a matchstick in real honey, it lights easily. Matchsticks will not light easily when dipped in fake honey because of the presence of moisture.

So for those people who are fussy enough about their honey to look for non-irradiated honey on the shelves, there is now a much bigger concern. Hopefully retailers will become stricter in light of the revelations of the prevalence of fake honey, but consumers should closely examine the packaging to ensure they are buying the real deal.