Will a new citizen engagement platform make a difference to poor service delivery?

The South African government has launched the world’s first citizen engagement platform that makes use of popular messaging application WhatsApp. The theory is that, for the first time in South Africa’s history, citizens will be able to access over 10 000 public representatives supporting over 30 000 public facilities and services in communities nationwide. 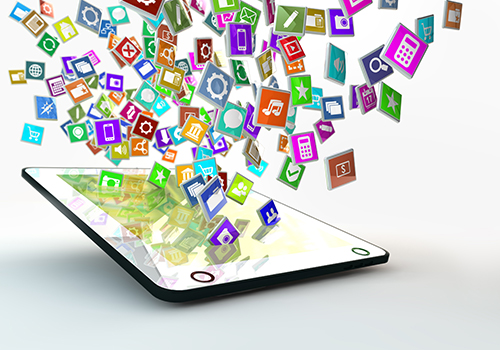 According to Andries Nel, Deputy Minister of Cooperative Governance and Traditional Affairs (Cogta), the platform, called GovChat, will help create more responsive and accountable local government. Through GovChat, citizens can rate and report issues relating to service delivery challenges, make requests and give back to the community.

In rural communities where connection may be slower, GovChat will be available through the Unstructured Supplementary Service Data (USSD) channel. The application is already online and operating in the Eastern Cape, Western Cape, Northern Cape and Free State, and is due to be rolled out in all the other provinces by next year.

Citizens can immediately start communicating with their councillors as soon as the GovChat WhatsApp service number has been loaded onto a phone. The application will prompt users and ask whether they want to evaluate a service or report a fault, also providing the option of giving back to a community through a donation or a service.

In a country that sees service delivery protests on almost a monthly basis, a platform like GovChat could provide an alternative channel for citizens to have their complaints heard. However, each municipality linked to GovChat will have its own response times for the resolution of issues, leaving room for continued unhappiness about service delivery.

According to Nel, poverty, high unemployment and socio-economic exclusion, as well as relative deprivation and inequality in informal urban areas, as well as unhappiness about the provision of services such as electricity, water, sanitation, refuse removal, roads and housing, have all been identified as strong contributing factors to protests.

“Other causes identified include complaints about political corruption, mismanagement, lack of prompt response by municipalities to citizens’ concerns, dysfunctional administration, lack of meaningful public participation in government processes and service delivery planning,” he said at the GovChat launch.

Nel told the media that the app itself is very interactive, and the responses are immediate. It immediately indicates to the user who their councillor is and to whom the fault is being reported to, he said, adding that the amount of time it will take to resolve an issue will depend on the nature of the issue, and what's involved and needed to fix the problem.

“The important thing is that the GovChat app gives Cogta a dashboard to be able to review all of the complaints, queries and suggestions. We can at a high level monitor all of that and it is very important to our back-to-basics programme in terms of which we have put together district support teams consisting of engineers, town planners, financial and governance experts that we can deploy to municipalities that are distressed or dysfunctional,” Nel said.

While GovChat is certainly a step in the right direction, many of South Africa’s municipalities are already struggling to meet the demands of citizens and are known for their poor service delivery. Adding complaints through yet another platform may well provide nothing more than another hole into which the voice of the country’s citizens can disappear. However, it might well have the desired result, and provide South Africans with a means through which they can – finally – get the kind of services from government that they are entitled to.