The dangers of microplastics

The world has slowly become aware of the dangers of plastics to the environment, with recycling initiatives becoming more prevalent over the last decade. While we have all seen the pictures of clogged landfills and birds choking on plastic, human beings have been unaware of the detrimental effect these polymers have been having on us. 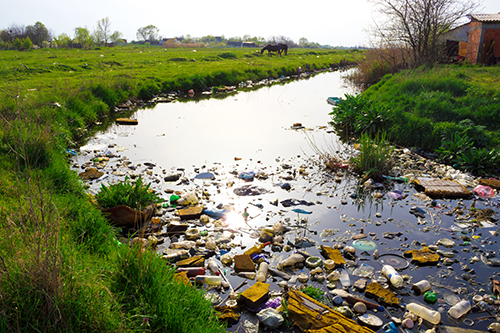 However, recent testing found the highest microplastic pollution yet discovered anywhere in the world in a river near Manchester in the UK. It also showed that the major floods in the area in 2015-16 flushed more than 40 billion pieces of microplastic into the sea. The surge of such a vast amount of microplastic from one small river catchment in a single event has led the scientists to conclude that the five trillion estimate is a major underestimate.

Another new study, co-designed by Kim Seung-Kyu, Professor at Incheon National University, and Greenpeace, found that over 90% of sampled salt brands globally were found to contain microplastics. Plastic contamination in sea salt was highest, followed by lake salt, then rock salt - an indicator of the levels of plastic pollution in the areas where the salt was sourced.

Assuming an intake of 10 grams per day of salt, the average adult consumer could ingest approximately 2 000 microplastics each year through salt alone, the study suggests. It should therefore come as no surprise that a Europe-wide study found microplastics in human waste.

Eight participants, from Finland, Italy, Japan, the Netherlands, the UK, Austria, Russia and Poland took part in the pilot study, which was conducted by researchers at the Medical University of Vienna and the Environment Agency Austria. The participants kept a food diary in the week preceding their stool sampling, and the diaries showed that they were exposed to plastics by either eating food that had been wrapped in plastic or drinking from plastic bottles. Six of the participants ate sea fish.

Their stools were analysed at the Environment Agency Austria for 10 types of plastic, which found as many as nine different plastics, ranging between 50 and 500 micrometers in size. Polypropylene and polyethylene terephthalate were found to be the most common. Polypropylene is used in clothing, medical applications, as well as things like cable ducting and piping. Polyethylene terephthalate is commonly used in packaging, particularly for food and soft drinks.

The study's lead researcher, Phillip Schwabl, says that the study confirms what scientists have long suspected, that plastics ultimately reach the human gut. According to him, the highest plastic concentrations in animal studies have been found in the gut, the smallest microplastic particles were capable of entering the blood stream, lymphatic system and potentially even the liver.

These findings indicate that plastics are dangerous not just to our environment, but our health. More research needs to be done to find out exactly what impact ingesting microplastics is having on us, but the early indicators are concerning.