Smartphone addiction is a real thing

These days, we cannot imagine our lives without our smartphones. Research shows that 93% of South Africans now have access to smartphones, joining The Netherlands, Norway, Ireland and Luxembourg on the short list of countries that have surpassed the 90% threshold. 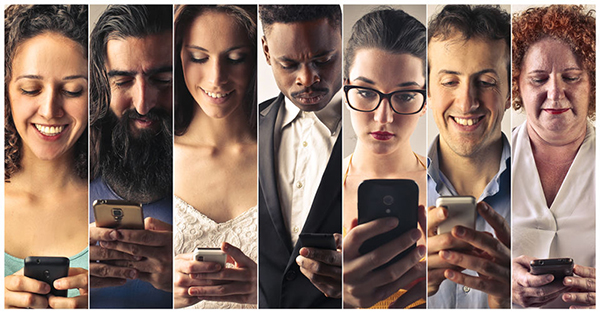 In Silicon Valley, the very people who make their living from technology (including apps and other technologies for smartphones) are banning their children from ‘screen time’. The New York Times reports that this has become a trend across Silicon Valley, with the ‘godfathers of tech’ having expressed the same concerns years ago. Tim Cook, CEO of Apple, said earlier this year that he would not let his nephew join social networks. Bill Gates banned cell phones until his children were teenagers, and Melinda Gates said that she wished they had waited even longer. Steve Jobs would not let his young children near iPads.

Chris Anderson, former editor of Wired and now chief executive of a robotics and drone company says that screen addiction, on a scale between candy and crack cocaine, is closer to crack cocaine. “We thought we could control it. And this is beyond our power to control. This is going straight to the pleasure centres of the developing brain and is beyond our capacity as regular parents to understand,” he said in an interview earlier this year.

The fact that technology may not be great for children will not come as news to parents, but adults are equally at risk of screen addiction. Called hyper-connectivity, it leads to neglect of relationships, burnout, and distraction from bigger priorities. The problem is most acute when the smartphone has been issued by an employer, because there’s an implicit expectation that the employee should always be contactable, often outside business hours, even though that’s rarely made explicit in a formal contract. These are the findings, at least, of research published earlier this year by scholars at the University of Auckland.

The researchers drew from a large body of prior work – such as findings that revealed the loss of a smartphone was perceived by many as akin to losing a limb – to investigate the work-related consequences of smartphone usage, specifically when it’s used as part of the job. Almost everyone they interviewed agreed there’s an expectation from management, even if it’s not explicitly stated, that they remain constantly connected to their smartphones, thereby negatively affecting their work/life balance.

On the positive side, people seem to be recognising that too much screen time is an addiction and a problem, though how that translates into behavioural change remains to be seen. One thing is certain – we can’t seem to live without our phones. The best immediate solution, perhaps, is to start by limiting the amount of time we spend on them.