Humans may have a common African mother tongue

South Africa’s Cradle of Humankind boasts some of the oldest hominid fossils found in the world, as does east Africa, leading scientists to believe that Africa was the original wellspring of humanity. Research conducted by Quentin Atkinson, a cultural anthropologist at Auckland University in New Zealand, also promotes this theory, finding that the world’s 6000 modern languages can be traced back to a single “mother tongue”, an ancestral language spoken in Africa 50 000 to 70 000 years ago.

The research also found that speech evolved far earlier than previously thought. And the findings implied, though did not prove, that modern language originated only once, an issue of controversy among linguists. 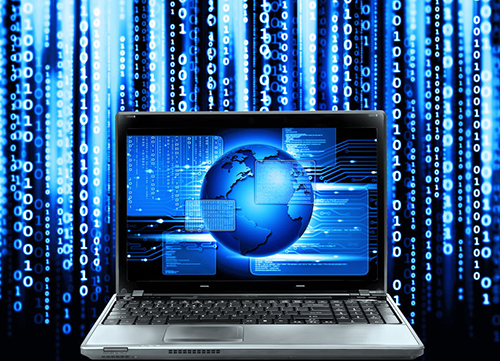 Atkinson designed a computer program to analyse the diversity of 504 languages currently in use around the world. Specifically, the program focused on phonemes – the sounds that make up words, like “c”, “a”, and “tch” in the word “catch”. The study found that Africa turned out to have the greatest phonemic diversity while South America and Oceania have the smallest. This echoes genetic analyses showing that African populations have higher genetic diversity than European, Asian and American populations.

The researchers therefore postulated that phoneme patterns mirror the pattern of human migration from sub-Saharan Africa across the globe around 70 000 years ago. Some of the click-using languages of Africa have more than 100 phonemes, or sounds, whereas Hawaiian, toward the far end of the human migration route out of Africa, has only 13. English has about 45 phonemes.

Similarly, human genetic diversity decreases with distance from Africa. This is known as the “founder effect”. As people migrated from Africa and small groups continued to disperse, each came to represent an ever-shrinking fraction of the total genetic diversity present in the African population as a whole.

However, Ludwig Maximilian University of Munich (LMU) linguist Michael Cysouw argues that this neat “Out-of-Africa” hypothesis for the origin of language is not adequately supported by the data presented. He calls Atkinson’s finding as “artefactual”.

Cysouw says he has no objection in principle to the use of methods borrowed from other disciplines to tackle questions in linguistics, but that problems arise from their inappropriate application. For example, he finds that if Atkinson's method is employed to examine other aspects of language, such as the construction of subordinate clauses or the use of the passive mood, the results “do not point in the same direction”.

In fact, he has co-authored an article with linguists Steven Moran from LMU and Dan Dediu of the Max Planck Institute for Psycholinguistics in Nijmegen showing that, depending on the features considered, Atkinson's method places the site of origin of language in eastern Africa or the Caucasus, or somewhere else entirely. The biggest problem, they say, is that patterns of language distribution can only be reliably traced only as far back as about 10 000 years before the present.

Despite these objections, many are arguing that since the archaeological evidence indicates that humanity originated in sub-Saharan Africa and migrated north, it makes sense that human language followed along. Scientists also believe that the processes that shaped the genetic variation of humans may also have shaped cultural traits, basing this on different cultural indicators from cave paintings and artefacts found across the world. In light of this, it seems almost impossible that human language didn’t evolve in the same way and for the same reasons.