In a world where scientific advancements like stem cell therapies and the Hadron Collider have become so-called water cooler conversations, it seems that very few scientific mysteries remain. However, the tiny island of Mayotte, situated between the northern tip of Madagascar and Malawi, provided the world’s seismologists with a mystery that so far only has a theoretical solution. 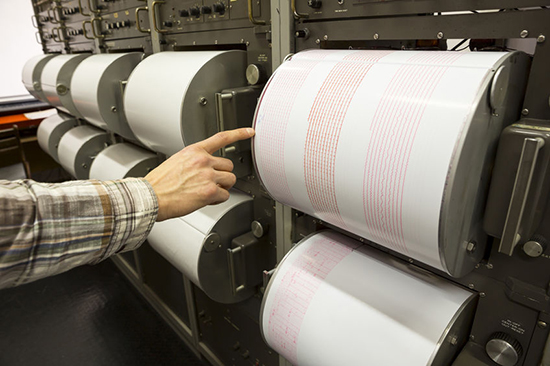 On November 11, a low rumble started on the northeast coast of the island. The rumble was not noticed by anyone at the time, and it took an earthquake enthusiast in New Zealand who goes by the Twitter handle @matarikipax to draw the attention of the world’s scientific community to the phenomenon when he or she noticed an unusual signal in the US Geological Survey's real-time recordings.

The rumbling waves travelled at just over 14 kmh, and spanned the globe. Starting off the coast of Mayotte, seismographs picked up the waves as they travelled as far as New Zealand, Chile, Hawaii and Canada. In total, the waves were detected as far as 17 000 km from their origin, reportedly “ringing” for 20 minutes or more minutes as they passed. It took only 40 minutes for the waves to travel from Mayotte to the UK and 75 minutes to reach the Hawaiian islands.

According to Stephen Hicks, a seismologist at the University of Southampton, what was unusual about this occurrence was the fact that a very long signal travelled most of the way around the world, but wasn’t detected by operational earthquake detection systems. Hicks was one of the people trying to solve the mystery after the initial Twitter feed, downloading data from a global network of seismic stations and analysing them.

Earthquakes, by their very nature, usually register as short-sharp ‘cracks’. As tensions in the Earth’s crust suddenly release, pulses of clearly identifiable seismic waves radiate outwards from where the slippage occurs. The first signal is called a primary wave: high-frequency compression waves that radiate in bunches. Then comes a secondary wave: these high-frequency waves tends to ‘wiggle’ somewhat more. Only then comes the surface waves: these slow, deep rumbles tend to linger, and can circle the Earth several times.

Geologists knew that a number of tremors had already rocked the Mayotte region, culminating in a magnitude-5.8 earthquake in May, but these recordings didn’t register like an earthquake. “This source was completely deficient in those waves. It wasn’t picked up because the signal had a very low frequency. It was a low, gentle rumbling,” Hicks said in an interview. Adding to the mystery was the fact that the waves are what scientists call monochromatic. Most earthquakes send out waves with a slew of different frequencies, but Mayotte's signal was a clean zigzag dominated by one type of wave that took a steady 17 seconds to repeat.

Such low frequency rumbles are rare but not unheard of. Scientists have detected them in the past after glacier calving, landslides and sudden shifts of magma beneath volcanoes. However, there are no glaciers near Mayotte and an underwater landslide would have been picked up by hydrophones in the surrounding ocean. Hicks and dozens of other seismologists are therefore theorising that the collapse of an underground magma chamber is the most likely answer.

Additional surveys of the area around Mayotte will hopefully lead to more definite answers. As seismologists continue to piece together data and observations to come up with a reason for the unusual waves, the world can watch in real time as a scientific mystery is unravelled.