Where science and SciFi meet

In the hit Netflix show Stranger Things, a mirror world is found under the fictional town of Hawkins. US scientists are now engaging in what they describe as a ‘pretty wacky’ experiment to see if this science fiction concept is plausible. The scientists, from Oak Ridge National Laboratory, have set up equipment to test if it would be possible to find a parallel universe that could be identical in many ways to our own, with mirror particles, mirror planets and possibly even mirror life. 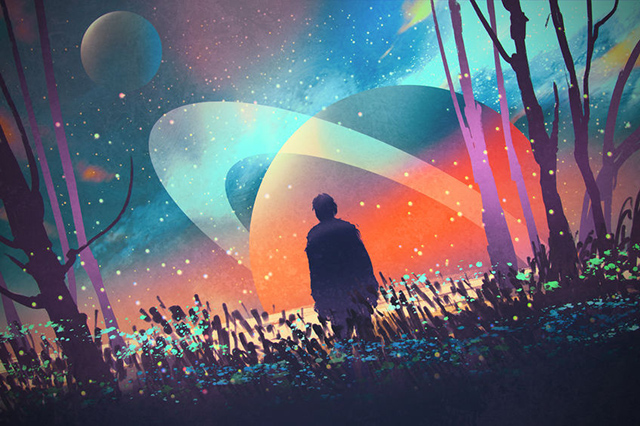 The discovery of a concealed mirror world has been repeatedly suggested by physicists as a tempting means of explaining anomalous results. Professor Stephen Hawking suggested in 2016 that black holes could be gateways to other universes, and in 2017, scientists at Durham University suggested that a mysterious cold spot in space could be evidence of a parallel universe.

The new experiment will fire a beam of neutrons at an impenetrable wall. On the other side of the wall, a neutron detector will be set up, which normally would expect to detect nothing. But if the detector does register the presence of neutrons, the theory is that they may have gone through the wall by ‘oscillating’ into the mirror world – becoming mirror neutrons – and reappearing in this universe, and more specifically the lab in Tennessee. The team will also set up magnetic fields on either side of the wall, which they can alter in strength. It is hoped certain strengths may assist the oscillation of the particles.

This is not the first time that scientists have tried to ascertain whether a science fiction concept could be plausible. In fact, many science fiction movies, TV series, and even games now employ scientific advisors to make sure that they do not stray too far from the scientific possibilities. Thwacke Consulting, for example, was set up by a husband and wife team who were finishing their studies, and was the first company to specialise in providing scientific advisory services to video game, film, and TV production companies. The company has over 100 consultants in a variety of scientific fields.

One of the founders of Thwacke Consulting, Sebastian Alvarado, wrote a book, ‘The Science of Marvel’ that delves even deeper into the science that powers some of Earth’s mightiest heroes. Technologically speaking, becoming Iron Man could be feasible by enhancing a person’s strength through a mechanical device. Becoming Captain America would be a lot harder because modifying a human’s makeup through gene therapy or the next generation of steroids faces a number of scientific limitations.

Similarly, on the chance that you're exposed to gamma radiation, like Dr Bruce Banner, you most definitely would not turn green and transform into a Hulk. Radiation is known to create some useful mutations, like those working in conjunction with chemotherapy. The chemical makeup of cells can be changed through radiation, but the conversion of even a few of cells by harmful radiation would kill you.

And it should come as no surprise that being bitten by a radioactive spider would definitely not turn you into Spider Man. However, according to Michael Dennin, a professor of physics and astronomy at the University of California, Irvine, this would technically be the safest way to become a superhero. “It would do almost nothing to you. Maybe a few genetic mutations occur in isolated genes, but it will be more random than anything,” he explains.

So while becoming a superhero will remain in the realms of fantasy for now, science may yet provide us with evidence of alternate universes. And who knows where that will lead?