With the effects of global warming no longer in doubt, many countries are implementing carbon emission regulations. Companies from every sector and every industry are also trying to do their bit, with new technologies being implemented to try and reduce their carbon footprints.

None of this would be necessary if we just planted a few trees – a trillion, in fact. New research published in the journal Science concludes that this logical solution to the high carbon levels on Earth could capture about 205 billion tons of carbon in total. Global carbon emissions are currently around 10 billion tons per year. 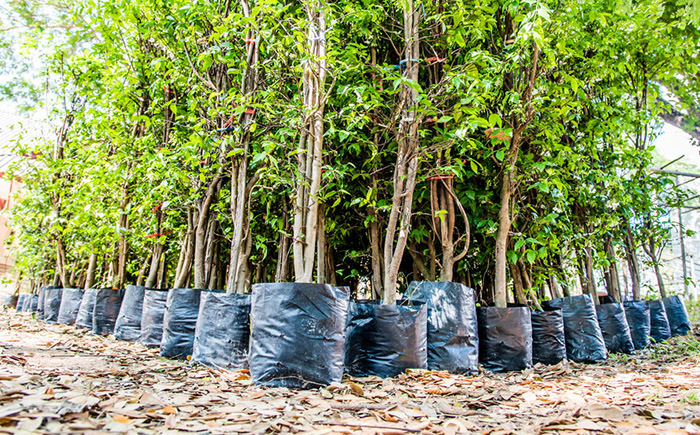 The study, carried out by researchers at Swiss university ETH Zurich, identified ecosystems around the world that would naturally support some level of tree cover, but have become ‘degraded’. The scientists concluded that there's enough suitable land to increase the world's forests by about a third, providing around 900 million hectares of additional tree canopy.

Unfortunately, tree planting is not a quick fix. It can take decades of growth for the carbon storage to reach its full potential. However, a number of countries have already begun reforestation initiatives.

The Australian government has announced it will plant 1 billion trees by 2030. A ‘Great Green Wall’ is being planted to stop the spread of the Sahara. This initiative will restore 100 million hectares of degraded land, storing approximately 250 million tons of carbon. China has been engaged in an anti-desertification programme since the 1970s, and has planted more than 50 billion trees over the past 30-odd years.

“What blows my mind is the scale. I thought restoration would be in the top 10, but it is overwhelmingly more powerful than all of the other climate change solutions proposed.” However, he warns that planting trees is not a substitute for weaning the world off burning oil, coal and gas, the chief causes of global warming. “None of this works without emissions cuts,” Crowther says.

Other scientists have criticised the research, pointing out that many of the reforestation areas identified are currently grazed by livestock. Without freeing up the billions of hectares we use to produce meat and milk, this ambition is not realisable, they believe.

However, when questioned on this point at a media briefing, Crowther said his work predicted just two to three trees per field for most pastures. “Restoring trees at [low] density is not mutually exclusive with grazing. In fact many studies suggest sheep and cattle do better if there are a few trees in the field,” he said.

He added that the potential to grow trees alongside crops such as coffee, cocoa and berries – called agro-forestry – had not been included in the calculation of tree restoration potential, and neither had hedgerows. This makes the estimate of 900 million hectares of canopy cover reasonably conservative, and offers the world an effective and relatively inexpensive solution to carbon emissions.