Last week, the Department of Health published the long-awaited National Health Insurance (NHI) Bill for public comment. Government has been talking about implementing NHI for a number of years, raising a multitude of concerns from the health sector and civil society alike. This draft bill answers many of these questions, and raises many more. 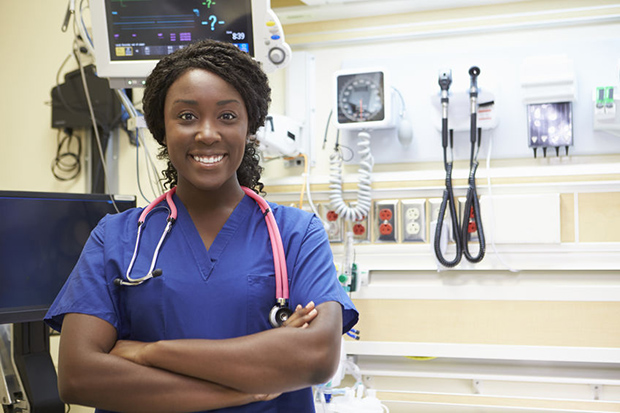 In its current form, the bill creates a massive state-run medical scheme that promises universal health coverage for all South Africans. Every person will have to register as a user with the NHI fund at an accredited health care service provider or health establishment. Whenever they need to access healthcare, they will first need to visit this primary facility, which will then refer them to a specialist or another facility.

The bill states that if these “referral pathways” are not followed, users will not be covered by the NHI fund and will have to pay out of pocket or make use of a medical aid. However, medical aids will be prevented from covering services that will be covered under the NHI, so a person who hasn’t followed the correct “pathway” will in all likelihood have to pay cash for any procedure.

The NHI will not only be prescriptive towards patients. Doctors will be given instructions regarding exactly which brand of medicine they may prescribe and when they may request tests. The version of the bill submitted to Parliament makes provision for the drawing up of a list of medicines to be used and protocols related to when services may be offered. Doctors who do not comply may be kicked out of the NHI system and will not be able to renew their accreditation every five years to provide services. In addition, the NHI Fund itself will decide how much it will pay a service provider, effectively dictating what doctors and specialists can earn.

The Institute for Race Relations (IRR) has warned that these provisions will lead to even more doctors leaving the country, and has pointed out that the NHI already faces a supply/demand problem. Many public facilities currently do not qualify to participate in the scheme, and assessments of the NHI trials have already revealed major issues at some state hospitals in the early testing stages, the IRR says.

The dismal state of South Africa’s public health facilities is well documented, and much of the criticism has focused on the measures need to create parity between private and public facilities in order to provide a standard level of care. Other detractors of the NHI have said it is an infringement of citizens’ right to choose what kind of healthcare they want and whether to be on medical aid or not.

The primary condemnation of the scheme, though, is the massive cost associated with its implementation and administration. The project is set to be one of the most expensive ever undertaken in South Africa, and current healthcare costs in the country amount to over R450 billion, according to the IRR, based on both public and private healthcare spending. That means that government would have to find at least that much to fund the NHI, even though original estimates for the cost of the scheme were put at R256 billion a year.

This money is supposed to come from general tax revenue, with funds from the provincial equitable share and conditional grants being moved to the NHI. However, the bill also makes provision for a surcharge on personal income tax as well as a payroll tax on employers and employees.

Government has argued that this surcharge would be almost the same as the contributions members of medical aids currently pay, but this ignores the millions of taxpayers who currently cannot afford to contribute towards private medical care. The Free Market Foundation says that this latest iteration of the NHI bill has confirmed what South Africans have known for more than a decade: that taxes will need to rise “to fund the government’s unworkable and unfeasible NHI scheme”. “During these dire economic times, the NHI tax will be the final nail in the coffin for cash-strapped consumers struggling to make ends meet,” the organisation said in a statement.

The DA echoed this sentiment in its public response to the bill’s publication, with DA MP Siviwe Gwarube stating that his party is convinced that instead of being a vehicle to provide quality healthcare for all, this bill will nationalise healthcare, create another state-owned enterprise (SOE) and be an additional tax burden to already financially stretched South Africans.

The Hospital Association of South Africa has also previously warned that the NHI could lead to the loss of up to 132 000 jobs, and impact the R55.5 billion contributed to GDP annually by the private sector.

While the aspiration to provide universal healthcare to all South Africans is laudable, the NHI is ignoring a number of vital factors that will prove insurmountable in its implementation. First, South Africa’s private healthcare sector is big business, and its removal will be detrimental to the economy. Second, putting additional financial pressure on citizens through additional taxes is unlikely to lead to anything other than further sinking the economy. And most importantly, most of the country’s public healthcare facilities and service providers are already struggling to provide decent care, and while NHI would alleviate some of the pressure on them in theory, the reality is that most of these facilities service greater portions of the population, making it unlikely that anything would change.

The billions earmarked for the implementation of this project would be better spent on upgrading, fixing, and building public healthcare facilities. This would provide the better quality care the government wants to afford its citizens, without any negative economic repercussions.