The new credit bill: A boon for consumers or a bust for the economy?

South Africa is currently experiencing one of its worst economic downturns in decades. The pressure is being felt by all spheres of society, from government organisations, to private businesses, all the way down to consumers. 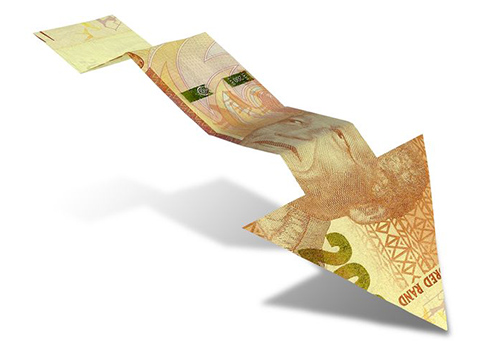 This has prompted government to intervene in a number of ways, the most recent being President Cyril Ramaphosa signing into law the National Credit Amendment Bill. This controversial bill aims to provide relief to over-indebted people who have no other means of extracting themselves from the situation, allowing individuals who meet specific criteria to have their debt suspended in part or in full for up to 24 months.

The criteria for meeting this debt write-off include a limit of R50 000 on the unsecured debt, and it must have been accrued through unsecured credit agreements, unsecured short term credit transactions or unsecured credit facilities only. The final requirement is that the person applying for relief earned no more than R7 500 a month over the last six months. It’s open only to those who are not in debt counselling, have not been sequestrated, and are not subject to an administration order.

The idea is that people who have no income due to being retrenched or other similar circumstances can apply to the National Credit Regulator (NCR) for relief, and the NCR will follow a 24 month process to help them get on top of their debt. The NCR’s first measure will be to recommend that the specific unsecured debt be suspended for 24 months in the hopes that the person’s circumstances change and they will be able to pay in time.

During this time, the people receiving aid will be required to attend a financial literacy programme provided by the NCR, and if there has been no change in circumstances after the two years are up, the NCR will apply to have the debt written off. Reports estimate that the total value of written-off debt could amount to up to R20 billion.

This may sound like a great idea to all those South Africans drowning in debt, particularly those in the lower income brackets, but the legislation has come under fire from the banking sector. The Banking Association of South Africa (Basa) said in a statement that by making provision for the “arbitrary expunging” of debt, the act effectively prevents banks from extending responsible credit, particularly to those in low-income households.

“Banks have a fiduciary duty to protect the savings and investments of their depositors, the workers, professionals and businesses of South Africa. Banks invest the country’s savings in productive infrastructure and employment creating commercial ventures, for the benefit of all South Africans. Banks cannot extend other people’s money as loans – for education and entrepreneurship – if they cannot be sure these loans can be repaid,” Basa said.

In a number of interviews, Cas Coovadia, Basa’s MD, said that the bill is an “issue of serious concern”. He told the media that the association did an economic impact assessment and engaged the department of trade and industry, which is spearheading the bill, and found that banks will either have to price in higher risks or avoid lending to low-income customers altogether.

Chief economist at the Efficient, Group Dawie Roodt, says that the law could have a number of unintended consequences. “We’re on the threshold of seeing the expropriation of land without compensation. Now the ANC government is fiddling with the financial system by condoning the write-off of anywhere between R13-billion and R20-billion (according to the National Treasury) of debt belonging to banks and other financial institutions. These loans are as much property as anything else and is supposedly protected by article 25 of the constitution. What kind of message is this sending to the ratings agencies such as Moody’s and Standard & Poor’s? As the Constitution stands at the moment, there is a strong possibility that the law is unconstitutional,” Roodt said in a statement.

The DA has jumped on the bandwagon, calling the bill “deeply flawed and possibly unconstitutional”. “It will increase the cost of credit for low-income earners and negatively disrupt the credit market, while posing a financial risk to the state,” Dean Macpherson, the party’s shadow minister of trade and industry, said in a statement.

Cosatu, however, has publically urged the Department of Trade, Industry and Competition and the National Credit Regulator to move swiftly to publish the relevant regulations and announce when they will come into effect.