Anti-ageing technology has been a multi-billion Dollar industry for decades. From anti-oxidant bearing vitamins to the lotions and potions sold by cosmetics companies, there are numerous products on the market to help fight the signs of ageing. Until now, that was the best modern science could achieve: Fighting the signs of ageing, but not the process itself. 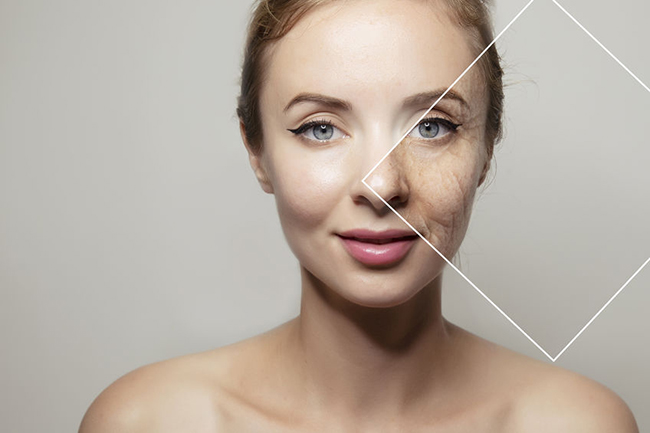 While we are nowhere close to actually combatting the effects getting older have on the body, a new area of scientific focus, called senolytics, is showing great promise in pushing back the ageing process. Many of the world’s top gerontologists have already demonstrated the possibilities of senolytics in animals and are now beginning human clinical trials, with promising results.

Senolytics targets senescent cells. These are the various faulty cells that have been identified as instrumental in age-related physical deterioration and disease. Known as “zombie” cells, the senescent cells linger and proliferate as we age, emitting substances that cause inflammation and affect other healthy cells, ultimately leading to tissue damage throughout the body.

A new study, published in Nature Medicine, proves that the ageing process can be slowed in mice using senolytics. The research, which was supported primarily by the National Institute on Aging (NIA), part of the National Institutes of Health, and led by James L. Kirkland, M.D., Ph.D., of the Mayo Clinic in Rochester, Minnesota, found that injecting senescent cells into young mice results in a loss of health and function, but treating the mice with a combination of two existing drugs cleared the senescent cells from tissues and restored physical function. The drugs also extended both life span and health span in naturally aging mice.

Kirkland’s team used a combination of dasatinib and quercetin (D+Q) for the study. Dasatinib is used to treat some forms of leukemia, while quercetin is a plant flavanol found in some fruits and vegetables.

To then analyse whether a senolytic compound could stop or delay physical dysfunction, the team treated both SEN and CON mice with the D+Q compound mix for three days. They found that D+Q selectively killed senescent cells and slowed the deterioration in walking speed, endurance, and grip strength in the SEN mice.

The excitement, however, comes from the results of tests in a third group of mice. The researchers found that treating very old (24- to 27-month-old) mice with D+Q bi-weekly led to a 36% higher average post-treatment life span and lower mortality. The conclusion reached is that this treatment can reduce risk of death in old mice.

Current human trials in senolytics are targeting specific conditions such as age-related macular degeneration, glaucoma and chronic obstructive pulmonary disease, including emphysema. In February, a small early human trial showed an improvement in the distance patients were able to walk.

A pre-clinical pilot trial for injecting a senolytic drug into the knees of people with osteoarthritis has also showed promising, if mixed results. In the first part of the study, where patients received varying doses of the drug, significant improvements in pain and function were observed, whereas the second experiment, in which patients received the maximum dose, didn’t see significant benefits. It is hoped that, eventually, there will be a number of senolytic drugs that could potentially target different senescent cell types.

If senolytics proves to be as effective in humans as in mice, 100-year lifespans could be easily achievable, with far less pain and discomfort than the people currently experience at a fraction of that age.