In an interview on The Late Show With Stephen Colbert in 2015, Elon Musk suggested detonating nuclear bombs over the poles on Mars in order to help make the red planet more liveable for the colonists Musk is planning on sending there. The theory is that the nukes would vaporise a fair chunk of Mars’ ice caps, liberating enough water vapour and carbon dioxide (both of which are greenhouse gasses to warm up the planet substantially. 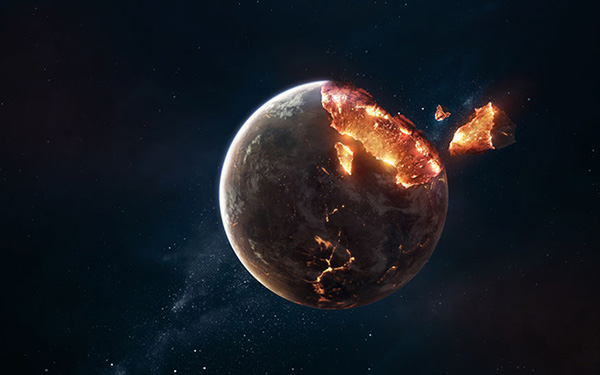 The billionaire technologist revived this notion last month when he tweeted “Nuke Mars!” and “T-shirt soon”. This has sparked a fresh round of scientific rebuttals of Musk’s theory.

After Musk’s interview with Stephen Colbert, climate scientist Michael Mann from Penn State University warned that nuking Mars could backfire badly, creating a “nuclear winter” on the planet. This phenomenon is caused by the volume of dust and floating particles that result from a nuclear strike blocking a significant portion of incoming sunlight, cooling down the planet.

Last year, two researchers from the universities of Colorado and Northern Arizona published a study in the journal Nature Astronomy, concluding that terraforming Mars is not possible using present-day technology. One scientist has gone so far as to observe that even the other factors were ignored, Musk’s plan would require setting off about 3 000 nukes over Mars a day, for about 7 weeks. Long before we’d be finished, we’d run out of nukes, he said.

There are a few more viable alternatives to terraforming Mars, scientifically speaking, but even these would be impossible to achieve today. Instead of nuclear bombs, shooting asteroids at Mars would achieve the same effect – the asteroid impact would release masses of CO2, as well as some water.

Mirrors have also been suggested as a means of heating Mars up. A range of massive space mirrors could reflect the sun’s rays onto Mars to vaporise CO2 trapped on the planet in order to trigger a greenhouse effect. Similarly, genetically engineered microbes could be a way to produce a breathable atmosphere on Mars via the microbes’ photosynthesis.

Not only are all of these ideas unattainable, they are ignoring far bigger challenges for humans looking to move to Mars. Right now, we have no idea how to protect astronauts from the dangerous levels of space radiation to which they would be exposed during a brief Mars mission, let alone a permanent stay there. Microgravity is another problem because it can cause dangerous changes to the human body.

With an atmosphere about 100 times thinner than Earth’s, Mars has so little air that any terraforming efforts would have to be done in concentrated and enclosed spaces. The paltry amount of air that does exist on Mars is primarily composed of carbon dioxide, and air pressure on Mars is very low, so humans may as well be in the vacuum of space as on the surface of the planet.

NASA and other space agencies are currently working very hard to create and test countermeasures for the various negative impacts of living on Mars. For example, astronauts on the ISS, who are subject to tremendous muscle and bone loss, try to counteract the effects by doing strength and aerobic training while up in space.

However, radiation remains the biggest threat to human settlers on Mars. Briony Horgan, assistant professor of planetary science at Purdue University, recently told Gizmodo that we have to expect much higher cancer rates for anyone living on Mars, adding that they will likely be “an order of magnitude greater” given the added radiation exposure over time.

Until these factors can be overcome, any thought of colonising Mars will remain a pipe dream, and terraforming efforts would be a waste, even in the unlikely event that they worked.