As our monitoring instruments become more advanced – and more effective – humanity’s discoveries in space are increasing in frequency and impact. Since the first black hole, Cygnus X-1, was discovered in 1964, we have identified and studied hundreds of black holes. 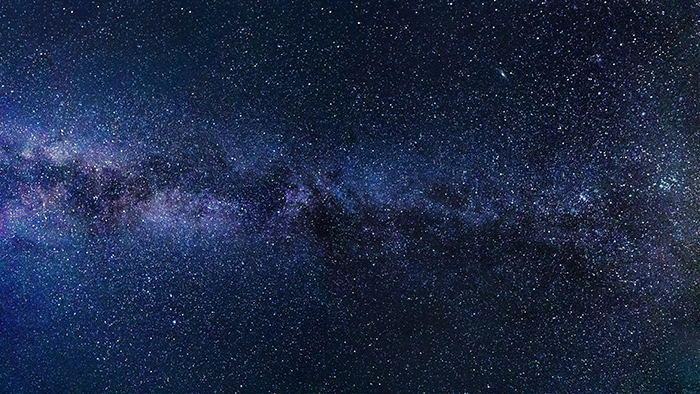 Until now, we believed that the mass of a stellar black hole in the Milky Way galaxy could be no more than 20 times the mass of the sun. This is because every single black hole in our galaxy exhibits similar characteristics, and because they have all shown signs of matter being lost to stellar winds during the star's collapse.

However, a team of scientists based in China has discovered a stellar black hole so large that current science can’t explain it. The Chinese Academy of Sciences has announced that researchers at the academy's National Astronomical Observatory of China discovered a black hole with a mass roughly 70 times greater than our sun.

Dubbed LB-1, the black hole is about 15 000 light years from earth. What is confusing scientists is that while it is still considerably smaller than a supermassive black hole, it is much larger than any other black hole identified.

“Black holes of such mass should not even exist in our galaxy, according to most of the current models of stellar evolution. LB-1 is twice as massive as what we thought possible. Now theorists will have to take up the challenge of explaining its formation,” project leader Liu Jifeng said in a media interview.

This sentiment is shared by Professor Krzysztof Belczyński of the Nicolaus Copernicus Astronomical Centre in Warsaw, Poland. He told the Polish Press Agency (PAP) that such black holes were previously considered impossible. “We will be updating the astronomy textbooks,” he said, referring to the discovery of LB-1.

The black hole was found with the aid of China’s Large Sky Area Multi-Object Fibre Spectroscopic Telescope (LAMOST). This offers a new way to find the estimated 100 million black holes in the Milky Way by enabling researchers to detect black holes by first tracking stars that are orbiting something “invisible”. When LAMOST identified a star orbiting LB-1, the team next used the world’s largest telescopes from the United States and Spain to take a closer look at the system.

Until recently, astronomers relied on X-ray emissions to pinpoint the locations of distant black holes. Colliding black holes also offer clues to their whereabouts by releasing gravitational waves out into space. The detection of LB-1 is the first discovery of a black hole by the “radial velocity method”.

The Chinese team has put forward a few theories about LB-1’s incredible size, including the “exciting possibility” that LB-1 might actually consist of two black holes orbiting each other, even though that would be extremely rare. They also point to a phenomenon known as fallback supernova, which means that during the supernova stage of a star’s evolution — when it explodes — it only loses a fraction of its mass and the rest falls back into the black hole, increasing its size. Another option is that a very large star did not shed its normal amount of matter as it evolved and before it became a black hole.