A country of extremes

South Africa has seen extreme weather over the last month. Following a heatwave that registered temperatures close to record highs, much of the country has suffered from heavy rains. While the country desperately needed the rainfall, so much rain has fallen that parts of the country have been declared disaster areas as a result of flooding. 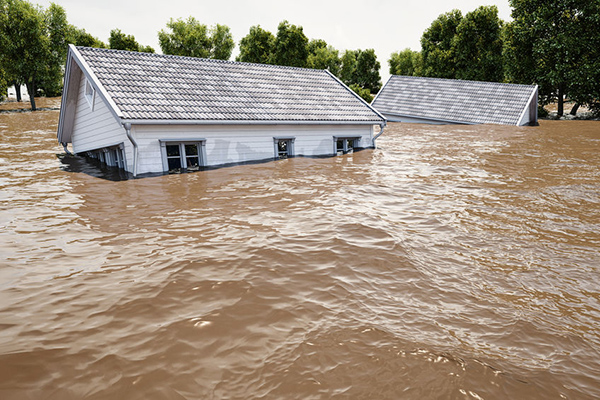 Flash floods in Centurion and Mamelodi resulted in evacuations of people’s homes, offices and even a hotel, while the body of a Hartbeespoort man was recovered after his car was swept away. Social media has been inundated with photos and videos of waterlogged cars, flooded houses, and of good samaritans rescuing people stranded in rivers that were roads a few minutes before.

According to the South African Weather Service, this is as a result of a surface high-pressure system that pushed south-west Indian Ocean moisture into the eastern, northern and central parts of the country. An upper trough was responsible for drawing tropical moisture from Angola into the central and north-eastern parts of South Africa, causing the unseasonably high levels of rain.

The country is no stranger to extreme weather conditions. Whether its wind, rain, cold or hot, there are a number of areas that are well known for the extremes they experience. Surprisingly, the Eastern Cape holds the record for the coldest and hottest day as well as the windiest place in South Africa.

While there have been a number of photos of people cooking eggs on the bonnets of their cars in Uppington over the years, the hottest place in South Africa is Letaba in Limpopo Province. Letaba has a mean annual temperature of 23.3 ºC and an average annual maximum temperature of 35.0 ºC. However, the hottest day measured in the country was 50.0 ºC in a small place called Dunbrody, which is located in the Sundays River Valley, outside Port Elizabeth.

The current rainy weather is well on its way to setting records, but until now the highest monthly rainfall measured in the country was at Matiwa in the Limpopo Province (1510 mm measured in January 1958). The highest worldwide 24 hour rainfall was measured at Fac Fac, Reunion Island (1825 mm) and in South Africa at St Lucia in KwaZulu-Natal (597 mm measured on 31 January 1984). This was rainfall associated with the passage of tropical cyclone Domoina, according to the SA Weather Service. The highest ever rainfall in one year was measured at Jonkershoek in the Western Cape (3874 mm in 1950).

And, while Port Elizabeth is known as the Windy City, the windiest spot in South Africa is actually Cape Point which experiences only 2% of all hours in the year with calm conditions. The average wind speed is 6.9 m/s with 42.1% of the wind speeds greater than 8 m/s. The strongest wind gust ever in South Africa occurred at Beaufort West on 16 May 1984 and measured 186 km/h.

Unfortunately, as the planet’s climate continues to change, it is highly likely that these kinds of extremes will become more common across the world. The past few weeks’ worth of torrential downpours could well become a seasonal reality as weather patterns change as a result of global warming.