e-Waste can be hazardous to your health

For years, scientists have been warning us about the dangerous effects of pollution on our environment, and the harm this does to our health. Great strides have been made in the past couple of decades to reduce the most common pollutants, such as plastic and chemical residues, through recycling and improved manufacturing practices, but most of the world agrees that a lot more needs to be done. 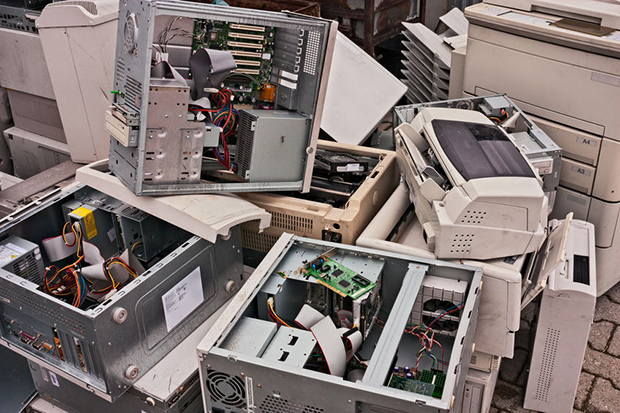 Now, a Chinese scientist is drawing our attention to another hazard and pollutant: LCD screens. Chemistry professor Su Guanyong and colleagues at Nanjing University of Science and Technology studied more than 360 types of chemicals used in computer and mobile phone screens and found that 87 of them could be a danger if they got into the environment.

Not only do these chemicals contaminate soil and water, the researchers found that some chemicals in liquid crystal displays (LCDs) could alter genes, leading to unknown consequences for humans exposed to them in unsafe volumes. The team is conducting an ongoing study, which has found that animal cells mutate unexpectedly if exposed to the chemicals. More worryingly, the researchers have found that 87 of those chemicals – about a quarter of the substances tested – might be “persisting organic pollutants” that were not only harmful to health, but their composition meant they would take years or sometimes decades to decompose.

So far, the researchers have found that excessive radiation from screens could speed up the ageing of skin and blue light from diodes could harm the retina of the eye. While most people would expect that these effects would be more prevalent from older devices, the team found that there is a much higher amount of liquid crystal in the air than they expected.

They knew screens were made in dust-free factories and sealed, but their surveys of hotels, school buildings, canteens, dormitories, electronic product repair centres, homes and laboratories revealed surprising results. Liquid crystal was not only present in the air in all of these places, but the second-highest concentration was found in flats.

In an interview with a Chinese newspaper, Su said they were not sure where the drifting liquid crystals came from. Some screens might have been cracked or broken, he said. If a screen was left on for a long time, heat and radiation might cause liquid crystal to evaporate. “There can be other sources, too. We are conducting further investigations,” he said.

He added that the precise effect on human health under long-term exposure to these particles was unclear and more studies were needed to set a safe threshold. In light of these findings, e-waste and its recycling should be re-evaluated.

Especially worrying is the fact that while every South African generates more than 6kg of e-waste (we created 360 000 tonnes in 2018, according to the national Department of Environmental Affairs), almost a third of South Africans do not recycle at all, according to a recent PETCO survey. However, we are starting to become more aware of the problem of e-waste, with some finding new opportunities as a result.

Companies like Ambitious ICT, based in the North West, have noticed that while there are many well-established e-waste recycling centres in provinces like Gauteng and the Western Cape, in rural areas they’re few and far between – and are trying to change the status quo. Ambitious ICT buys old electronics from the community as a way to incentivise recycling. Unfortunately, the company recently ran out of money to buy more e-waste because there’s been so much demand.