All eyes on the stars

2020 will mark the start of unprecedented space exploration by humanity. The first stage of the Artemis programme for the return to the Moon by humans will begin with the launch of Artemis I, in November 2020. The mission is designed to test the crew, the spacecraft – called Orion – and the Space Launch System, with the intention of sending crewed Artemis missions as early as 2024. 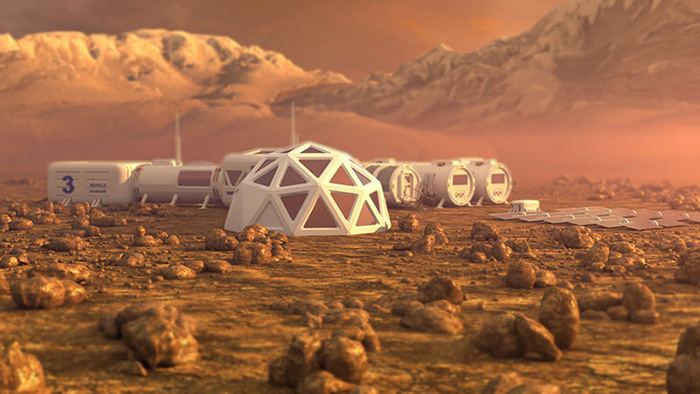 The three-week Artemis I mission is the first step in the space agency’s ambitious plan to send the first woman and the next man to the lunar surface, but will also provide an opportunity for further experimentation and exploration. 13 miniature spacecraft known as CubeSats will accompany Orion, each tasked with a separate mission. One of these is the Near-Earth Asteroid Scout, which image an extremely small asteroid (just a few metres wide) – the smallest body ever explored by a spacecraft. Other CubeSats include CuSP, a space weather station just a bit bigger than a box of cereal, and Lunar Flashlight, which will look for ice deposits on the moon.

As exciting as it will be to have humans back on the moon, all eyes will be on Mars over the next few years. NASA will send its newest rover, known as Mars 2020, to the red planet in July or early August, depending on launch conditions at Cape Canaveral in Florida. Once the rover lands at Jezero Crater in February 2021, it will join Curiosity in its quest to determine whether life could have existed on Mars. Unlike Curiosity, which is looking for signs that Mars was habitable in its warmer, wetter past, Mars 2020 will search for direct evidence of ancient microbial life.

The NASA rover will also test a new technique for producing oxygen from the Martian atmosphere, which could pave the way for future human missions to Mars and collect rock samples. It will set aside the rock samples to be brought back to Earth in future missions.

The NASA vehicles won’t be alone on Mars for long. The ExoMars mission, a collaboration between the European Space Agency and Russia’s Roscosmos, will be launching its own rover next year to hunt for indications of past Martian life. This rover, called the Rosalind Franklin, will reach Mars in March 2021.

The Rosalind Franklin will be joined by missions sent by the United Arab Emirates and China. The Emirates Mars Mission, known as Hope, will launch in July and study the Martian atmosphere from orbit. China will also attempt to launch a trio of spacecraft — an orbiter, a lander and a rover — as part of its Huoxing-1 mission in the middle of the year.

Space X will also be getting in on the action, with the first crewed test flight of Space X Crew Dragon scheduled for the first quarter of 2020. However, it must first pass an in-flight abort test, which is scheduled for early January.

2020 will also be a record year for asteroid sample missions. NASA’s OSIRIS-REx mission has been mapping the asteroid Bennu since late 2018. In August, it will swoop down to the surface and gather a sample of the space rock during a five-second rendezvous. When OSIRIS-REx returns to Earth in 2023, it will become the first US mission to bring home samples from an asteroid.

It’s not a world-first, though. Japan’s Hayabusa spacecraft sent back dust from the asteroid Itokawa in 2010, and its successor Hayabusa2 left the asteroid Ryugu in November with samples. If all goes smoothly, Hayabusa2 will reach Earth by December 2020.