When it comes to language, it’s become accepted that cultural and regional norms inform how we use certain words. The claim that Eskimo languages have an unusually large number of words for snow, for example, has become a cliché often used to support the hypothesis that a language's structure shapes its speakers’ view of the world. 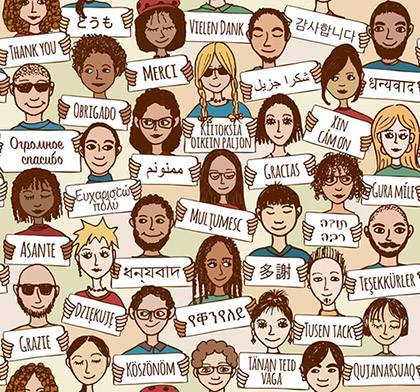 A recent study by researchers from the University of North Carolina at Chapel Hill and the Max Planck Institute for the Science of Human History seems to back this theory up. Using a new tool in comparative linguistics to examine emotional concepts across the world, the study found that the way we think of things such as anger, fear, and joy depends on our language.

They found that what we think of as universal emotional concepts such as love actually differ between language groups. “Early theories of emotion, drawing from Darwin, suggested that there are a discrete number of universal emotions from which all other emotions are derived. Many of these theories claimed that, just as there are primary colours (e.g., yellow, red), there may be primary emotions (e.g., anger, sadness) that evolved in mammalian brains. In turn, many languages may develop words for primary emotion concepts such as ‘anger’ and ‘sadness’ because these concepts name experiences derived from universal biological structures that are shared by all humans,” the researchers write.

“These theories do allow for cultural and linguistic variation in emotion, but tend not to model or predict this variation. There is a growing recognition, however, that emotions can vary systematically in their meaning and experience across culture and language.”

The researchers constructed networks of colexified emotional concepts, and compared them across languages and language families, finding the words varied greatly in their nuance even if their meaning was equated in translation dictionaries. In Austronesian languages, for example, surprise was closely associated with fear, whereas in the Tai-Kadai languages of southeast Asia and southern China, surprise was linked to the concepts of hope and want. Anxiety was closely related to anger among Indo-European languages, but was linked more to grief and regret among Austroasiatic languages. The concept of pride also correlated to positive or negative emotions depending on culture.

“Questions about the meaning of human emotions are age-old, and debate about the nature of emotion persists in scientific literature. The colexification approach that we take here provides a new method and a set of metrics to answer these questions by creating vast networks of how people use words to name experiences. Analysing these networks sheds light on the cultural and biological evolutionary mechanisms underlying how emotions are ascribed meaning in languages around the world. Although debates about the relationship between language and conscious experience are notoriously difficult to resolve, our findings also raise the intriguing possibility that emotion experiences vary systematically across cultural groups,” the research team writes.