Over the past few decades, thousands of satellites have been launched into space to allow us to survey every point on the Earth, with sharp enough images to study building sites, road traffic, land use and so on. Now, new constellations of satellites are being launched to provide high speed broadband connectivity across the world. 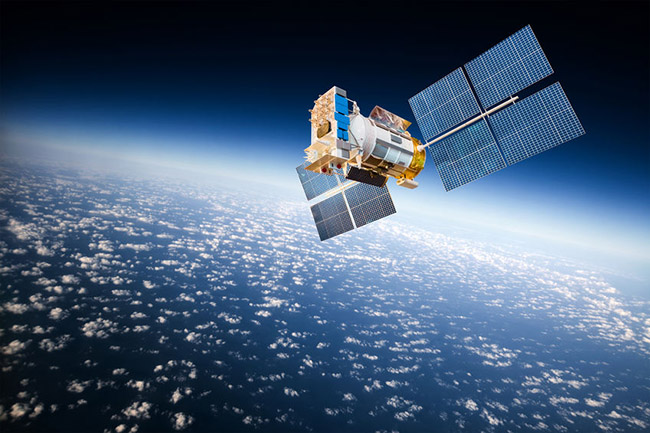 Unfortunately, satellites are already interfering with radio astronomy, which studies solar activity, black holes, pulsars, star formation and the echoes of the Big Bang. A tenfold increase in communications satellites would exacerbate this interference and probably require an expansion in the range of frequencies used by the satellites, leaving more regions of the electromagnetic spectrum unavailable to radio telescopes.

At the moment, satellites are only an occasional nuisance for optical and near-infrared astronomy, leaving bright streaks across some images taken through telescopes. An increase in the number of satellites in space could be very disruptive to these observations, even if the satellites are not visible to the naked eye.

There were just 2 200 active satellites flying around the Earth until a few months ago, according to the Satellite Industry Association. However, the launch of Space X’s ambitious Starlink constellation is changing these numbers rapidly. Starting with its first batch of 60 satellites, Space X will be sending new batches into orbit every few weeks. This will mean about 1 500 satellites will have been launched by the end of next year, and by the mid-2020s there could be a fleet of 12 000.

Space X is not the only company that will be launching new satellite constellations. UK company OneWeb is aiming for about 650 satellites, but this number could rise to 2 000 if there is enough customer demand. US giant Amazon has a constellation of 3 200 satellites planned.

Martin Rees, the UK’s astronomer royal, says that one particularly important project that could be impeded by these swarms of satellites is the search for asteroids. There are two million asteroids which are more than 50 metres across, whose orbits cross that of the Earth. Any of these could potentially hit Earth and would be big enough for its impact to destroy a large city.

Even though most of the giant asteroids more than 1km across have been discovered, he points out that only 2% of these still dangerous smaller ones are known and there’s a strong motive to search for all the others, so that those with trajectories that could bring them dangerously close to our world can be deflected well in advance. In such searches, the “foreground” of unpredictably moving satellites would be a complication.

Fortunately, the companies sending the satellites into space seem to be aware of the potential disruption they could cause and are putting measure in place to minimise their impact. This includes blackening the surfaces of the satellites and and choosing wavelengths carefully.

“These ventures are not as irresponsible as earlier (and fortunately quashed) proposals to build large advertising hoardings in space. But we shouldn’t forget that it’s not just astronomers – a minority – who care about this issue. The night sky, the ‘vault of heaven’, is the one feature of our environment that has been shared, and wondered at, by all humanity through the ages. We should deplore anything that needlessly degrades its beauty and serenity, just as, more parochially, we don’t want tinsel or phone masts in our national parks,” Rees says.