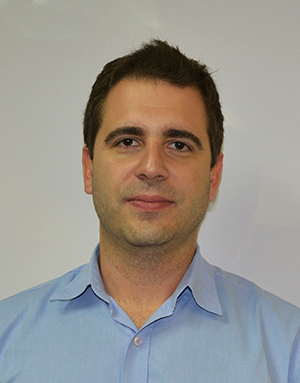 According to Leandro Magro, manager steam turbines at the Zest WEG Group, some companies already benefit from generating their own cost effective energy through cogeneration, but there is still huge potential yet to be explored. These firms include sugar mills, paper mills, and factories in food, beverage and vegetable oil processing.

“In addition to generating their own power, many commercial and industrial companies using steam systems could easily produce extra electricity for the country,” says Magro. “What is required, of course, is the legal framework to allow private producers to sell their excess power into the national grid.”

He notes that sugar producers have long leveraged the value of their bagasse by using it as fuel to feed their steam boilers. The use of steam for combined heat and power can significantly increase the profitability and competitiveness in the sugar industry and contribute more than 1 500 GW of electricity per year to the national grid. In many countries such as Brazil – where parent company WEG is headquartered – these companies generate a significant portion of their revenues from selling electricity to the national grid.

“The use of steam turbine technology to produce electricity is a quick and easy way for businesses to save on electricity costs, especially as electricity prices continue to rise,” he says. “If there was the option to sell excess power to other users, this could also create valuable opportunities for the economy.”

It would mean improved competitiveness at company level, while at the same time helping to stabilise the power supply across industries. He says there is already plenty of interest throughout Zest WEG Group’s customer base in South Africa.

The group’s offerings include steam turbine systems, generator sets, transformers, substations and balance of plant. Steam turbo generator sets, where a steam turbine is coupled to a generator, have capacity from as little as 30 kW up to 150 MW. These units can operate at very low steam pressures of 5 bar or less, or high steam pressures up to 140 bar, with saturated or superheated steam up to 540°C.

“By facilitating the purchase of cogenerated electricity from the private sector, government could unleash significant potential from existing energy sources,” says Magro. “Incentives could also be put in place to encourage companies to install the necessary infrastructure in-house or upgrade the systems they have in place.”

He notes that steam turbo generator sets are not only suitable for new plants, but can be retrofitted into existing operations. The added advantage is that they quickly pay for themselves. Depending on the electricity tariff applicable, companies’ energy savings can pay off such an installation within two to three years.

“The value of this investment is clear when you consider that these systems have an expected lifespan of 20 to 30 years,” he says. “A well-maintained industrial steam turbine is also very reliable, with a high operational availability of about 98%.”

Magro highlights that the application of steam turbines is not limited to large operations. The range of sizes offered by Zest WEG Group puts this technology within the grasp of even small and medium-sized enterprises. The rising price of electricity is making this option increasingly attractive, as the cost of energy steadily erodes the bottom line.

“In fact, in a number of countries around the world, businesses are generating electricity not just to save on operational costs but to create an added revenue stream,” he says. “The companies are constantly searching for improving the efficiency of their operations, so exporting power to the national grid is a valuable way to raise their earnings.”

In  most countries, electricity demand has been growing, creating a robust market that spurs their investment in cogeneration capacity.

“This is where the potential lies in South Africa, as the country tries to stabilise and grow its power supply,” he says. “There is the immediate possibility for sugar producers to contribute to solving this challenge – and we can be sure that many other sectors will also come on board.”