The removal of the protection provided by eNaTIS from capital equipment has seriously impacted on the industry – equipment arrives at the border and other than poor markings and registration, there is often nothing to stop costly assets from crossing the border without the owner’s permission. In fact, there’s an estimated value of nearly R40-billion in movable assets that have no record.

Most tracking solutions available today can be easily removed or hidden, and in many cases the remains of trackers are often all that are left when police arrive at the last known location. Often the theft is only realised after the assets have already left the country and the only form of identification is a tracker that’s ruined or basic markings that have been removed.

Expensive, in-demand assets need a system that can protect the owners, the financiers and the insurance companies, from point of entry to exit, and this is what SAMAR is able to provide. This initiative provides the industry with a trackable and robust record of all those assets that, by law, are not allowed to be registered on eNaTIS. Any capital equipment can now be tightly managed and controlled using a system that’s designed specifically for the challenges that lie across Africa.

Kyle Dutton, Project Manager at SAMAR commented, “For most border police officials, one of the biggest challenges they have is the lack of a system that they can use to systematically check assets as they arrive; a system that can determine if the vehicle is going in the right direction, is in the hands of the right people and if it is heading to a legitimate destination. There has long been a need for a reliable record that’s capable of being monitored in real time.”

Border officials and the South African Police Services will now have easy access to the SAMAR register and will be able to use it to identify the property and its owner, allowing for officials to have richer control over asset movement. It is an accurate, real-time solution that gives the right people the information they need. The solution has been designed to cover the entire ownership lifecycle of an asset, so the names of both the titleholder and owner are maintained and updated in real time. Finally, it provides a certificate of registration that is similar in look and feel as the one issued by eNaTIS.

Regulation 5 of the National Road Traffic Act of 1996 (Act 93 of 1996) regulates that certain motor vehicles are not allowed to be registered on to the National Traffic Information System (eNaTIS). In 2011 the Inter Provincial Policy and Procedural (IPPP) committee, instructed the NRCS to adhere to legislation and stop providing eNaTIS model numbers for those vehicles prescribed in Regulation 5.

The vehicles so prescribed are vehicles not designed for public road use, in other words, vehicles that cannot legally pass a roadworthy test. In the banks controls suites, the use of “title” on an eNaTIS Registration Document is utilised as the confirmation of the banks interest in the asset. Therefore, by denying access to eNaTIS for such assets the ability of applying “title” (on mainly “yellow metal”) had effectively been withdrawn.

This brought about the development of SAMAR at the request of several of the banks and importers of “yellow metal” assets as a practical solution to the impasse created, however this was not formalized across all the entities and assets involved, essentially this was a stop gap measure. Today the risk officials at several of the institutions involved have asked for the use of SAMAR to be agreed across the industry. 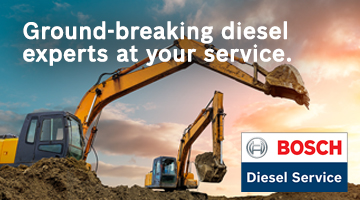