In his failure column for this issue Tim Carter, consulting physical metallurgist with ImpLabs in Benoni, shares experiences about brittle fracture, its causes and how to avoid it.

Brittle fracture is characterised by its sudden onset, an almost complete lack of plastic deformation, and the loud sound that usually accompanies it. The noise is caused by the speed of propagation of a brittle fracture, which is usually at the speed of sound in the material fracturing. 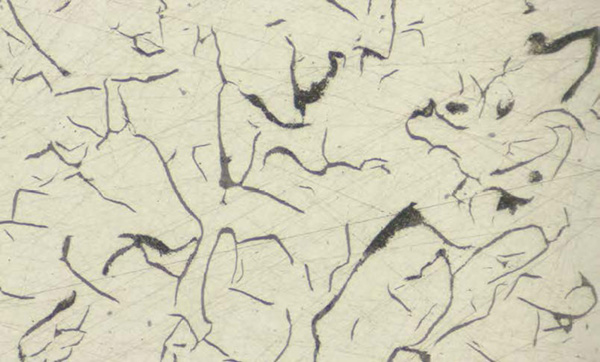 Many materials are brittle, perhaps the best known is grey cast iron, as anyone who has taken a hammer to a grey cast iron component to drive it into place is aware. But grey cast iron does not fracture via a brittle mechanism. The carbon in grey cast iron is present as graphite flakes, each behaving like a tiny crack, leaving only a small area of the ductile matrix to sustain loads in tension. Thus, it cannot withstand much tensile loading before the ductile matrix fails. The graphite flakes contribute nothing to the strength of the material in tension, but comprise the bulk of the load-carrying area.

Another non-metallic material generally accepted as brittle is glass, as many schoolboys, aspiring to open the batting for their country at Lord’s have discovered to their (or their parents’) cost. If nothing else, it makes the trade of glazier one of the most secure.

It does not have to be so. By modifying the shape of the graphite in cast irons to spheres rather than flakes, it becomes very tough and fracture resistant in tension, while modern glass-making techniques have produced glass that can withstand the most aggressive batsman’s stroke.

Brittle fracture in crystalline materials like steel operates by cleavage, where the grains cleave or split along preferred planes within the crystal. Hence grain size is an important factor. Coarse-grained materials are more prone to brittle fracture because the cleavage planes are longer, and it is for this reason they are avoided in most applications.

An exception is the core laminations of an electrical transformer, where coarse grained material is deliberately used for its electrical properties. It works well there, but the mechanical loadings on a transformer are low, static and primarily compressive.

Brittle fracture is nothing new. The mechanism is well understood, even to the point where materials that are inherently brittle can be made to behave in a ductile manner. Equally, ductile materials can be made to behave in a brittle manner. In the steels we use every day, reducing the temperature can induce brittle behaviour at a characteristic temperature known as the ‘ductile-brittle transition’, which occurs in steels at reduced temperature. Increases in strain-rate have the same effect, however.

To measure the brittle characteristics of steels, we use an impact test, where the strain rate is some 106 times faster than a conventional tensile test, and frequently at low temperatures too. The values we get from such impact testing are, however, purely qualitative. They cannot be applied to the design of real-world components, but they are useful to compare materials and as a quality control test.

Cast iron, despite its weakness in tension, is immensely strong in compression, because the compressed graphite flakes sustain the load without separating from the matrix and cannot behave as crack-like defects. It was used to great effect in the construction of a cast iron bridge over the River Severn in Shropshire in England in the 1700s, in which every part is designed to be loaded only in compression. It stands to this day and is still in everyday use, though only by people on foot and the odd bicycle. I doubt if it would survive a heavy 18-wheel truck driving over it, even if it were wide enough, which it isn’t. It is situated in a place named, Ironbridge!

Unlike most metallic materials, conventional window glass is not actually a solid, but rather a super-cooled liquid. As such, it is not crystalline but amorphous. It will flow under load at room temperature, albeit very slowly. Several years ago, on a working visit to Richard’s Bay, I observed that a glass shelf, used to hold glasses in the breakfast room of the guest house, had sagged noticeably. Seeing me examining it, the guest house owner told me they were going to replace it. I advised her to invert the shelf and, when it had crept back to being flat, to add a third support bracket in the centre to reduce the load. Some months later, I noted that this had been done, and that the shelf was returning to its original state. The very low strain rate, many orders of magnitude less than that imposed by a well-struck cricket ball, caused a normally brittle material to behave in a ductile manner.

If we take a normal structural steel and cool it to below the ductile-brittle transition temperature, it will change into a brittle material. Some years ago, I was asked to look at a problem of cracking in mining equipment. The cracks were brittle, exhibiting all the features typical of cleavage, yet when tested in the laboratory the material was ductile.

A little digging showed that the equipment was found to be cracked on delivery to the mine. Situated in northern Canada, the mine was only accessible in winter when the normally swampy terrain was frozen hard enough to bear the weight of the truck. As the truck drove over the ‘road’, which was rather less than billiard table smooth, the trailer carrying the equipment twisted, passing loads into the equipment that was firmly chained to it and resulting in brittle fracture. A change to the way the load was secured ensured that the trailer twisting loads were not transferred to the cargo, which cured the problem.

For many years, it was thought that the loss of the Titanic was due to brittle fracture when the vessel struck the iceberg. It wasn’t, as samples recovered from the wreck by Dr Robert Ballard showed when they were examined by Dr Tim Foelke at the NIST laboratories in the US. The problem was poor rivets which ‘unzipped’ on impact, and an inadequate design of the water-tight compartments. Her sister ships, the Olympic and the Britannic, were subsequently modified. The Olympic eventually went to the breaker’s yard. The Britannic struck a mine in the eastern Mediterranean whilst serving as a hospital ship during World War 1. It took several hours to sink and the only casualties were the occupants of a life-boat that drifted into the still-turning propellers.

Failures such as these, whether from brittle fracture or not, are almost always possible to avoid given appropriate design and manufacturing workmanship.

The opinions expressed in this column are mine and mine alone. 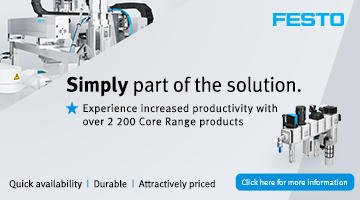 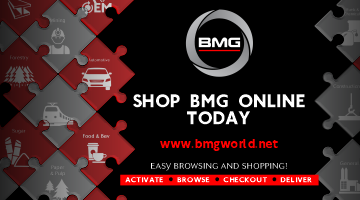