Jubilee Metals Group, with operations in Africa provides a performance update of its new and expanded fully integrated South African Inyoni PGM and Chrome Operations and its Zambian Southern Copper Strategy, which involves integrating the Sable Copper and Cobalt refinery with the newly constructed copper concentrator, Project Roan. This new and significantly enlarged operational footprint follows an investment programme implemented over the past 12 months of £ 39.5 million (R786 million).

Leon Coetzer, CEO of Jubilee, commented: “The Jubilee team was bold in its plans to expand and optimise the South African and Zambian operations, however a confident, but prudent approach to the deployment of our £ 39.5 million investment programme has already resulted in the delivery of significant results for the Group. 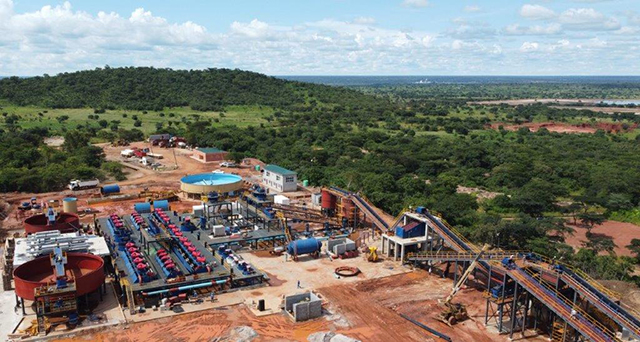 “Rolling out our business case across multiple countries, operations and commodities has enabled us to de-risk, capture economies of scale, and also provided exposure to numerous value points throughout the recovery and metal processing chain. In addition, our expanding production profile and the economies of scale it provides, offers insulation from the inflationary pressures smaller operators are facing, enabling Jubilee to maintain a cost per PGM ounce produced when fully accounting for the chrome by-product production credits resulting in a net cost of below US$ 450 per PGM ounce when excluding transport cost. Our eastern limb expansion strategy holds the additional benefit of significantly reducing transport cost of material from this region which makes up the bulk of current transport cost.

“Crucially, and in line with our goals to promote sustained, inclusive economic growth, the Southern Copper Refining Strategy has resulted in significant job creation, with total jobs filled in Zambia reaching near 800 during the last 12 months. We have prioritised the sourcing of skills and services from our local communities and have, in many instances, partnered with local firms to assist in their growth and development to offer a sustained service to our projects. With the completion of the construction of Project Roan we now look to accelerate our investment program into the Northern Refining Strategy targeting the Luanshya, Kitwe and Mufulira area.”