Last issue’s article on the fall of JDL Electric and its group of companies struck a chord with many of our readers, and we received numerous emails and comments on social media remarking on the frankness of former CEO Lee Kritzinger. There were also helpful opinions on the lessons which companies, both in the electrical industry and further afield, could learn from what transpired.

Ashveer Lalla, a former sales manager at JDL, and a stalwart of the electrical industry despite being just 31, has seized the opportunity to supply Midrand and surrounding areas by opening Empire Electrical Wholesalers at Allandale Park on the corner of Le Roux Avenue and Morkels Close on May 2nd of this year. 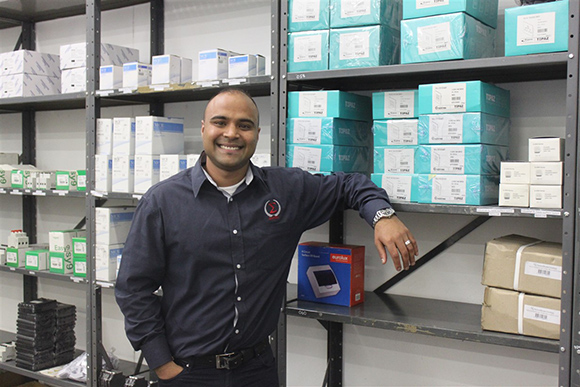 “When JDL closed, a number of the employees contacted me as they knew I was still involved in the industry,” he explains. “I suggested we could look at it in two ways; I could help to get them interviews or we could take the opportunity and turn the negative into a positive.” The company was formed. They moved into the building in April and started the arduous task of opening supplier accounts, setting up the shopfitting and stocking the shelves. Ten previous JDL employees now work for Empire Electrical Wholesalers.

“We are the first 100% black youth owned (under 35) electrical wholesaler and cable distributor, and every employee in the company is a shareholder, regardless of title,” he says.

Lalla may be young but he has been in the industry since the age of 14 when he worked every weekend and during school holidays at his family’s company, Voltsing Electrical, in the West Rand. “The electrical industry is in my blood! I learned much in those days and have always been intrigued by electrical components,” he says. So much so that he would open up many of the returned items simply to see how they worked internally. “After I finished school I started at the sales counter and within a year had overtaken all the other salespeople and taken the title of Salesman of the Year, overtaking those who had been with the company for a decade.” He then obtained experience in the rest of the business, spending time in finance, dispatch and receiving, and assisting to open branches in Durban and Deco Park.

“Being in a family business, however, you hit a threshold, and for me it was stifling and I decided I wanted to learn more about the industry.” He joined Radiant Lighting in internal sales and again surpassed the other salespeople. “Radiant recognised me as an asset in the electrical division with Kevin French, my mentor, where I started off as a product manager for three years. Once Kevin retired I became the head of electrical and we grew that business from about R7 million annually to R74 million when I left.” From there he joined JDL before leaving in October 2018 to start a manufacturing plant for 4x2 and 4x4 wall boxes as well as trunking. Lalla also opened Empire Enterprise in 2012 as a business to import emergency lights. He notes that many people underestimate how much goes into manufacturing. “But you learn, you pay your school fees! I’m only 31 so I have been through the mill from small business to bigger business, to manufacturing and distributing, and am now back to my roots as an electrical wholesaler.”

“Business is simple – people make it complicated,” he laughs. “You’ve got to look for a demand, see an opportunity, take it with both hands and run with it, which is very similar to what we have done with Empire Electrical. We saw an opportunity in the market with the collapse of JDL; it was very unfortunate that they closed down but there’s an opportunity for businesses like myself to come in.”

The company has a total staff complement of 21 and was experienced a successful first few months of trading. “There are challenges, as some suppliers are understandably wary of opening up an account, but we have managed to open accounts with the majority of major suppliers and I urge suppliers to walk the mile with the Empire team and use us as an avenue to push their brands into the market. We would welcome them to come in and discuss over a cup of coffee how can we work together to build a mutually beneficial, long term-relationship. What I have learnt from the past is that I don’t purchase on a monthly basis – I purchase weekly. Stock that is on my shelves needs to move because that ties up cash flow. Another challenge is many customers are loyal to current suppliers until they see what service we have to offer, and that is what makes us different,” he explains. Lalla personally greets all customers and without knowing, you would think he was simply a staff member. “I try to lead by example – I don’t have my own office – and am happy to serve behind the counter or even hand out flyers at robots on the weekend.”

The store is open from 6:45 am until 5 pm, Monday to Friday as well as 8 am-1 pm on Saturday. “We understand that for customers their time is money – they have staff on site, and by the time they leave to get to a wholesaler and back, that’s two hours gone. With this in mind, we deliver anywhere in Johannesburg free of charge and offer onsite credit card payments,” he notes. The aim is that when customers walk in Empire Electrical will have every consumable they might need and, where we do not have stock, we will source it.”

Lalla’s goal is to open small express stores in township areas in six months’ time. “People travel 50 km just to get some conduit or a light bulb, so if we can situate ourselves in those areas we can service our customers better.” The idea is for every shareholder to manage their own branch, including the purchases, sales, and employing people under them to run the branches. He wants to grow his staff and has been in talks with CETA for all employees to study and grow their knowledge base. Being a Level 1 BEEE contributor, the company is also placing an emphasis on tendering with government and parastatals. Lalla, as demonstrated by offering shares to all his staff, is a man who wants to build up the communities he works in, and ultimately the country. “Knowledge that is kept with me is not beneficial to the country, so I’m grooming everyone to become business owners in their own right.”

His compassion came to fore following the devastating fire that ravaged Alexandra Township in December 2018. “My new factory was opposite Alex, and that evening I had worked until 2 am and as I was driving down London Road, I saw little kids and mothers sleeping on the pavements. I wondered what I, as a citizen, could do to help,” he explains. “The next day I went to Gift of the Givers and offered the factory as a shelter for women and children to sleep. They said this wouldn’t be possible from a security point of view but they did need a venue to distribute food. We had 500 people, who lost everything in the fire, come to be fed that day. One gentleman, who was left only with what he was wearing, asked if there was anything he could do, even wash cars, just to get some money to support his wife and child. Today, he is employed as our driver and is a shareholder in the company. He has earned my respect with his work ethic and has managed to rebuild his life,” says Lalla.

Regarding the future, he foresees a lot of change in the electrical industry. “I see it being more about service than price. I believe our president is going to make the right decisions for business in this country and am positive. I see the electrical industry innovating much more than it is now with solar, which should already be huge in South Africa, seeing good growth.

As for his business, he notes that he has absorbed a lot from past experiences. “We are the link between contractor and supplier and if our link with suppliers is weak, that becomes a problem. With that said, we are only as good as our loyal suppliers.” He also believes that management in every company should value the input of the staff. “They are the people on the ground; managers should value their feedback,” he says. “Decisions should also be calculated. Many businesses don’t really need to move premises – it is almost an ego thing, to show people you are big. In these economic times you can’t afford to make one slip-up.” With a maturity beyond his years and a solid background in each facet of the industry, Lalla and his team are learning from the past mistakes of others to ensure that Empire Electrical is a success. 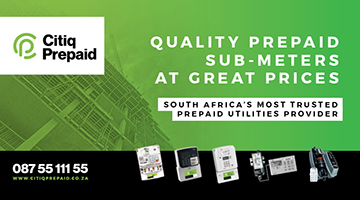