You’ll find cable ties in the toolbox of every electrical contractor, and probably also in almost every house in South Africa. They are used in cars, in aeroplanes, and even in space shuttles. The common cable tie, normally made of nylon, has a flexible tape section with teeth that engage with a pawl in the head to form a ratchet so that as the free end of the tape section is pulled the cable tie tightens and does not come undone (although some ties include a tab that can be depressed to release the ratchet so that the tie can be loosened or removed, and possibly reused). 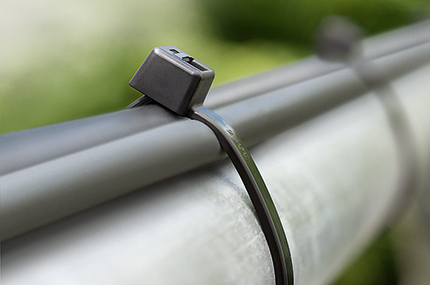 Cable ties were first invented by Thomas & Betts, an electrical company, in 1958 under the brand name Ty-Rap. Initially they were designed for airplane wire harnesses. The design has, over the years, been extended and developed into numerous spin-off products. One example was a self-locking loop developed as an alternative to purse-string suture in colon anastomosis.

The idea of the cable tie came to inventor, Maurus C. Logan, while touring a Boeing aircraft manufacturing facility in 1956. Aircraft wiring was a cumbersome and detailed undertaking, involving thousands of feet of wire organised on sheets of 50-foot long plywood and held in place with knotted, wax coated, braided nylon cord. Each knot had to be pulled tight by wrapping the cord around one's finger which sometimes cut the operator's fingers until they developed thick calluses or "hamburger hands." Logan was convinced there had to be an easier, more forgiving, way to accomplish this critical task. For the next couple of years, he experimented with various tools and materials. On June 24, 1958, a patent for the Ty-Rap cable tie was submitted.

Claude Middleton from HellermannTyton, the world’s leading manufacturer of cable ties notes that it’s very hard to innovate on a cable tie. “A cable tie is probably the simplest perceived design, which has the best effect you could desire, from strapping parts into racing cars to fishing rods on a roof rack to holding dog kennels together to holding cables up around the world.” Having said that, HellermannTyton Global did patent a change to the head of the cable tie in 2012. Q-ties allow time savings of more than 25% which can be attributed to two characteristics of the cable tie. One of these is the innovative open-head design which allows particularly fast and easy installation. There is no need to thread the strap – the narrow end of the strap is simply inserted from above into the open head. This brings enormous advantages especially when gloves are worn during installation or when the installer is working in a confined space. What’s more, the large, fluted surface of the strap end allows safe and ergonomic assembly. The second innovation stemming from the open-head design is a pre-lock function. Up until now, all cable ties on the market have had to be either open or closed – they were not designed for reopening. Using Q-ties an installer can insert the narrow end of the strap into the open head from above and pre-lock the tie, later reopening the tie should more cable be needed, such as for applications in data centres where one is running multiple cables. Once all the required cable has been laid, the installer can close the Q-tie permanently simply by pulling it tight.

Although cable ties look simple, they are actually a critically designed product. “It’s a product where you can insert the one end easily one way, pull it the other way and it must never loosen. For a small cable tie, which sells for around R15 for a packet of 100, you have a 110 mm strip length and at any point along this length it must hold and it must never slip. The piece of plastic inside the head is infinitely flexible in one direction, and not in the other – it must lock. And along the whole length of the cable tie you need perfect 90 degree corners which must never release the strap, and then you’re paying 15c per cable tie. Is it really that expensive?” He notes that tolerances are very tight on a cable tie – if your moulding tolerance is not perfect, the ties won’t work – so it’s a very precise moulding procedure and a very precise tool manufacturing procedure. “There are many competent people in the world, but not every toolmaker can make a competent cable tie mould,” he says

HellermannTyton is the only local cable tie manufacture in South Africa, manufacturing between 50 and 60 million cable ties a month, with up to 120 tons of plastic converted into cable ties every month. The plastic we use in South Africa is a global standard for HellermannTyton worldwide. “We use nylon 66, which is a common engineering plastic. It is hydroscopic, so it absorbs water; first we take all the water out of the raw material in a dryer, then injection mould it and it comes out as a cable tie. The problem then is that because it is very dry and can be quite brittle, so as we pack the cable ties we put between 1 and 2% water in the packets, which the cable ties then absorb, allowing them to cure and retain their flexibility,” explains Middleton.

Standard cable ties come in many different colours, yet the black use a carbon black additive which does give them some additional UV resistant properties. “We use certain additives to make particular cable ties UV resistant and also have a weather resistant additive making the cable ties suitable for use in  cold and hot weather; these are generally used in the renewable energy markets,” he says. The company has been doing testing with UV/weather resistant products in Negev Desert in southern Israel for six or seven years proving the reliability of the cable tie and have found zero degradation of the ties. “We also supply high temperature capable ties – PEEK cable ties – which are used in Rolls Royce jet engines,” says Middleton.

It is evident that there are many other uses other than just holding down cables; HellermannTyton cables ties are approved for use by Mercedes, BMW, Ford, VW, Peugeot, Renault, Volvo, GM products in the US, most of the big truck manufacturers such as Bell, Caterpillar, as well as a few of the helicopter manufacturers and the rail industry. “If you fly in any one of the new Airbus or Boeing planes, there more than likely will be HellermannTyton cable ties in it,” he says.

Cable ties for the electrical contractor

“The contractor should understand the UV and non-UV properties of cable ties. Basically, if it is black, it does have some UV protection. Don’t use the natural or clear ties outdoors where they will be exposed to the elements. Always use the right tie for the right job,” he says. One thing most contractors don’t use is a cable tie tensioning tool. “With a tensioning tool, you don’t want to overs tress the tie, and you don’t want to over stress the the cables because we all have a different definition of what tight is. Tightness is a function of one, how strong we are, and two, the amount of purchase we can get on the cable. A cable tie tensioning tool will always tension the ties to the correct tension for that specific sized tie,” says Middleton. Another other critical task it performs from a safety point of view is that it has a blade which cuts the tie flush with a perfectly safe cut on the end. People generally use a set of side cutters for this task which pinches the cable tie so that you end up with a perfectly cut blade – an unsafe installation which could easily cut the next person who works on the job.

“I believe that contractors should know that there is more to the range than just a standard tie. Based on the application, a little investigation might be worth it. Although it seems like a cheap, insignificant part of your installation, a cable tie is probably one of the most critical, and it’s important to understand where you are installing the product and that you may have to change to a different cable tie. We have a large selection, and cover all needs. We are a local high volume manufacturer, and for someone to sell cable ties for cheaper than us, something has to give…,” Middleton concludes. 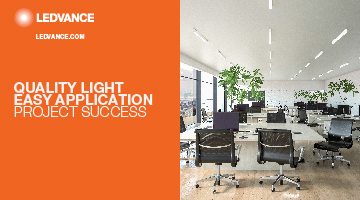