ASX-listed Orica, the world’s largest provider of commercial explosives, has a well-deserved reputation for innovation and, over the past several years, has introduced several ‘next generation’ products and systems that are transforming the field of blasting. Among them is WebGen™, the world’s first wireless blasting system. According to Ravi Moodley, Orica’s Vice President Africa, introducing WebGen™ to the African mining market will be a key focus for Orica’s African operation in 2020.

Developed over a period of several years, and officially launched in October 2017, WebGen™ represents a revolutionary leap forward in initiation technology as it improves safety by removing people from harm’s way, enhances productivity by removing the constraints imposed by wired connections, and is fundamentally changing the way blasting and mining is approached by enabling new blasting practices. 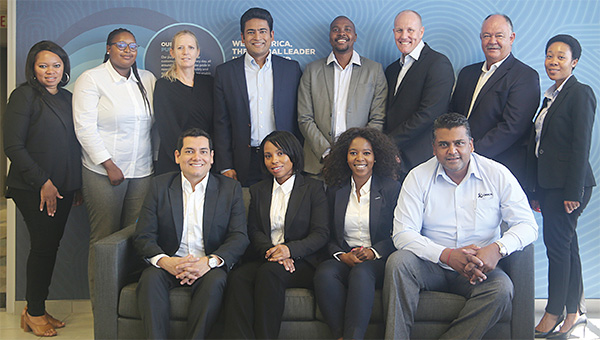 The technology has been the recipient of several awards, including the prestigious 2019 Austmine METS Innovation Award and the 2019 Mining Magazine Innovation Award for Drill and Blast. The judges described WebGen™ as a “gamechanger” and said the technology represented “not only a technological breakthrough, but also a step-change in safety and productivity in the mining industry.”

Prior to its commercial introduction, WebGen™ was successfully trialled in full production conditions at the Ernest Henry Mine (EHM) in Queensland, Australia, an underground copper and gold sublevel caving operation. Since then, the system has been applied in several mines – including the Musselwhite underground gold mine in Canada – with demonstrations underway at many other customer sites around the world. Seven commercial services contracts have also been secured for the use of WebGen™. In all, more than 325 WebGen™ blasts have been fired globally.

A milestone in the application of WebGen™ occurred in October this year when 1 920 WebGen™ units were used in 534 holes to initiate a strata blast at the Poitrel coal mine in Queensland, Australia, which moved 1,3 million cubic metres of overburden – the largest open-cut blast to be conducted globally using wireless technology. This was the third blast in a trial series of blasts at the mine, which are on-going.

The system has not yet been deployed anywhere in Africa, but Ravi Moodley believes this will soon change. “Up to now we have worked on developing the WebGen™ supply chain, ensuring that the technology can be well supported in Africa,” he says. “Now that it is a proven product, we believe the time is right to promote it to the continent’s mining industry. Among other things, we will be featuring it on our stand at the upcoming Mining Indaba in Cape Town. This is a system that will offer huge benefits to many mining operations, both open-pit and underground, and we’re confident that it will be well received in the African market.”

In essence, WebGen™ provides for groups of in-hole primers to be wirelessly initiated by a firing command that communicates through rock, water and air. This removes constraints often imposed by the requirement of a physical connection to each primer in a blast and unlocks many safety and productivity benefits for customers by eliminating the need for down-wires and surface connecting wires.

Interestingly, the WebGen™ system communicates with the in-hole primer via Ultra Low Frequency (ULF) magnetic induction waves, which is the same technology that is used to communicate with submarines. The blasting sequence is stored in the primer during encoding, which is performed when charging the blast. All WebGen™ units require the correct unique signal to activate and then the correct signal to fire.

Moodley, who is based in Rosebank in Johan­nesburg, says that benefits of using the WebGen™ technology include increased ore recovery, increased productivity, reduced costs and, most importantly, improved safety. “Essentially, WebGen™ removes people from the workface, whether underground or on surface. It is the first explosive product from Orica to receive a Safety Integrity Level 3 (SIL 3) rating from TUV Rheinland, which is a world leader in inspection, safety testing and certification.”

A SIL 3 component running continuously is classified as having a safety critical failure rate of less than 1 in a 100 billion devices. This is the highest level that can be practically achieved for a commercial blasting product which makes WebGen™ the safest commercial explosive product in the world.

The current version of WebGen™, known as WebGen™ 100, has been focused on underground mining, but Orica is already working on WebGen™ 200, the next generation of the product.

Impressive as WebGen™ is, it is just one of an array of high-tech, digital-based products and systems from Orica that have been introduced over the past several years. These include: BlastIQ™, the latest version of Orica’s cloud-based digital platform; the award-winning FRAGTrack™, a state-of-the-art fragmentation measurement tool; and ORETrack™, which allows RFID-based tracking of rock movement from the blast. All are making market inroads and there are now, for example, over 40 site implementations of BlastIQ™ worldwide.

Moodley goes on to say, “The goal of Orica is to digitally transform blasting and ultimately automate the entire drill and blast process to the point where we can completely remove the exposure of people while remaining competitive. We believe we’ve gone further along this road than any other explosives company, with the key products being WebGen™ and BlastIQ™.”

He adds that Orica has just announced that it will partner with Epiroc Rock Drills to jointly develop a semi-automated explosives delivery system, incorporating WebGen™, for use in underground mines. The first prototype system is expected in the next year with the first commercially available systems scheduled to enter service in 2021. “This collaboration represents a major step towards the goal of automating drill and blast operations,” he states.

Turning specifically to Orica’s African operations, Moodley says the group has expanded its footprint on the continent, with Mali and Burkina Faso – both experiencing strong investor interest – being added to Orica’s portfolio over the past year, and with an additional major customer having been secured in the DRC. In addition, several long-term customers have renewed their contracts with Orica and have further committed their expansion plans to Orica technologies.

“We’re now operating with a physical presence in 10 African countries, and apart from the Johannesburg office, we have offices in Lubumbashi in the DRC, Dar es Salaam in Tanzania, Chambishi in Zambia, Walvis Bay in Namibia, Accra in Ghana, Dakar in Senegal, Ouagadougou in Burkina Faso and Maputo in Mozambique. In total, we have close to 500 people employed across the continent, with a low reliance on expats to deliver our quality products and services. As an example, our Tanzanian business is 100 % staffed by Tanzanian nationals and, in other areas, our expats are from neighbouring African countries. While we will always draw from our great depth and experience in our global teams, the intention is to ensure that skills are passed on to our local Orica Africa team members as part of a sustainable skills model.”

The focus in Africa outside of South Africa is to increase bulk explosives volumes with the supply of electronic blasting technologies and cyanide also forming an important part of the business. In South Africa, Orica mainly concentrates on the sale of blasting accessories and does not compete in the bulk explosives market at this stage. A product which it sees as having particular potential in the South African market is its i-kon™ III electronic blasting system (which it believes is the world’s most sophisticated and safest system of its type) and there will be a renewed focus in 2020 on promoting this to South African customers.

“Our supply chain folks have done a great job to ensure a reliable supply chain into the southern region and we’re very excited to be able to now supply this product at much higher volumes and support the customer base that has created such a ‘pull’ for detonators that are stable, reliable and immune to lightning and high temperature impacts,” he says.

Moodley identifies Orica’s mastery of logistics as one of the keys to its success in the African market. “Our supply chain is a really impressive operation and we are able to supply quality products anywhere in Africa – no matter how remote the site – on time and at competitive pricing. Yes, there are ‘surprises’ that come up every so often, but the teams are well briefed on their options and I am personally involved in coming up with customer solutions – we know our customers come first and we have the capability to ensure that we never miss a blast.

“We are also able to deliver ammonium nitrate niche products that are specifically developed for certain customers to address specific problems such as reactive ground or ‘hot’ holes. Our commitment is that we can fix any blasting or explosives related problems that our customers might have, drawing on our global experience and expertise which stretches back to the 1870s when Orica was founded.”

Moodley also points to another strength of Orica which it is leveraging in Africa – the group’s long-standing relationship with many of the world’s leading listed ‘blue chip’ miners. As he says, “These companies subscribe to the same value system as Orica, which emphasises safety, transparency, good governance and an absolute respect for the communities in which we operate. They form a significant part of our customer base in Africa and it is no secret that we will continue to search for more customers with a commitment to safety and value systems similar to ours.”

Orica’s African operation falls within Orica’s Europe, Middle East & Africa (EMEA) region. This is the smallest of the group’s regions in terms of its contributions to revenues and volumes but is regarded as a growth area and has performed very strongly in Orica’s 2019 financial year (to 30 September 2019) with revenues up by more than 9 per cent. Globally, Orica remains the world’s biggest supplier of commercial explosives with its revenue totalling A$5,87 billion in FY-2019. The group works in more than 100 countries and has more than 12 000 employees globally.