Multinational mining and metals group Sibanye-Stillwater reached a significant milestone on 5 May 2022 at its SA PGM Marikana K4 project, when it hoisted the first tonnes since the resumption of the project. 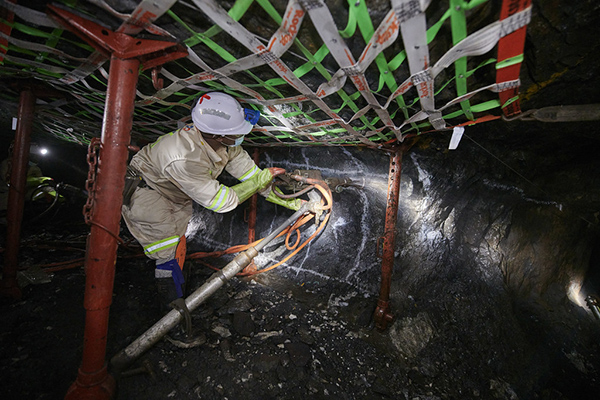 The Marikana K4 project at the SA PGM operations is a largely pre-developed and equipped, high return project, which will access both the Merensky and UG2 reefs to produce on average, approximately 250,000 4Eoz per annum at steady state over a 50-year life.

Both the main and vertical shafts have been pre-developed and equipped to depths of 1,332m and 1,078m below surface respectively. Associated surface infrastructure is to a large extent in place, with only minor refurbishments required. In addition, the K4 concentrator is already fully operational with a nameplate capacity of approximately 130,000tpm (tonnes per month) of UG2 and Merensky reef.

Marikana K4 project will create significant value for all stakeholders for many decades, providing more than 4,000 direct jobs over its operating life and meaningful opportunities for local businesses, development of small and medium enterprises, as well as ensuring significant local economic development and skills transfer for local communities.

Neal Froneman, CEO, commenting on this milestone, said: “The K4 project is an unrivalled, top tier project in the PGM industry, which will deliver significant value and benefits for all stakeholders for many years. We are investing approximately R4 billion in the future of Marikana through the development of this world-class project, confirming the ongoing commitment to the sustainability of our company and its stakeholders.”