There is a demon in all electrical things. Some people think electrical devices are merely wires and devices which, when connected, perform in a certain way. This is true, some of the time. In general, however, all electrical things stop working, sooner or later. Let us consider one very ordinary three phase switchboard in my house; standard stuff. Incoming circuit breaker, circuit for lights, plugs on earth leakage, circuits to an out-building … nothing strange. Then, my tenant, who lives in the spare room, buys a new laptop. She says she doesn’t want to go to the office (in the garden) since it is often raining (at the time of this incident, it was). However, the wi-fi signal in her room is not great and she thought that when using the laptop she could sit in the lounge (good wi-fi) and all would be fine. 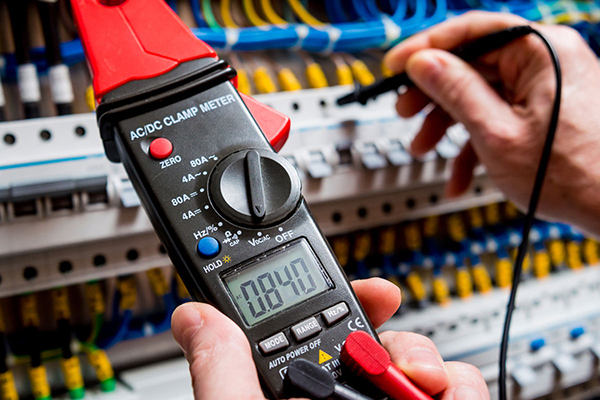 So, she bought the laptop and two days later the earth leakage (Elu) which supplies the socket outlets in her room tripped, which she blamed on the laptop. I went to the DB, isolated the incomer, disconnected all the wires from the outgoing circuit breakers fed from the Elu (feeders to her room and others) and closed the Elu. It tripped. Since it was not feeding any circuit it was obviously defective. So, I took the Elu out, reconnected the supply to her room to another circuit and went off to buy a new Elu. Important note: This left the power supply to the electric gate motor disconnected. Not a big issue – the gate motor has a battery back-up.

Two days later I installed the new Elu, connected all the circuits, turned it on…. and it tripped. So I disconnected all the wires from the outgoing circuit breakers fed from the Elu (feeders to her room and others) and closed the Elu. It didn’t trip. I put back the wires one by one and when I connected the gate motor – trip. Let’s sum up: The Elu was faulty, it was replaced and then the gate motor circuit tripped the Elu. I want you to stop and think about this: First, the Elu was faulty and then the replacement Elu worked, but one of the circuits was faulty. One has nothing to do with the other. Machoy’s Law of Electrical Faults, states: ‘All electrical faults come in pairs and seem to be related, but they are not’.

I thought a bit and then guessed that for the two days the gate had been running on batteries and it was raining, it was likely that the gate motor circuit had become damp. I waited two days. It stopped raining and I connected then the gate motor circuit and all was fine. But look at this series of coincidences: (a) rain causes tenant to buy laptop (b) Elu fails the same day due to an internal fault (c) disconnecting gate circuit causes the gate motor to go to earth (d) New Elu trips (e) Rain stops (f) New Elu works. Now, does that sound like a conspiracy or what? It is very important that electricians not question too closely the reasons for electrical faults that occur in pairs or groups. Being rational about it is to misunderstand the universe. As an example, yesterday it occurred to me to phone a woman I had not seen or heard of for four months. I picked up my phone to find that she had sent me a message asking me to call … an astonishing co-incidence.